History
World War II
The squadron was activated in 1942, as the 84th Pursuit Squadron (Interceptor). Soon after its activation the US Army transferred the squadron to England where it lost a majority of its pilots and planes to the American war effort in North Africa. During the war the 84th flew missions ranging from bomber escort, ground attack, counter-air, and close air support.[3]

In April 1943, the unit was involved in its first combat mission in North Africa. In June 1944, the 84th supported the Allied landings at Normandy and directly contributed to the breakthrough at Saint-Lô in July 1944. In September 1944, the squadron contributed to the Allied victory in the Arnhem-Nijmegen airborne landings; notably, they suppressed numerous ground positions during the airborne assault and were credited with saving scores of American and British troop transports. For this action the 84th received the Distinguished Unit Citation.[3]

In December 1944 the 84th began flying the North American P-51 Mustang. They used their new plane very successfully and on 10 April destroyed 58 aircraft on the ground earning the 84th its second Distinguished Unit Citation. In April 1945 the 84th flew its last combat mission escorting British bombers on their way to Hitler’s “Eagles Nest”. The squadron completed three years overseas and was credited with 260 Luftwaffe aircraft destroyed.

The 84th served as part of the occupation forces until it transferred to the United States in June 1947, where it eventually assumed an air defense mission. Assigned to Air Defense Command and again equipped with Mustangs at Hamilton Air Force Base, California with a mission for the air defense of San Francisco and the Bay Area. It was upgraded to Republic F-84D Thunderjet jet aircraft in 1949, and equipped with first-generation Northrop F-89B Scorpions in 1951.[3] During the 1950s the 84th FIS operated both the Lockheed F-94B and F-94C Starfire aircraft as well as 4 versions of the Northrop F-89 Scorpion (B,D,H,J variants). In 1960 it received the new McDonnell F-101B Voodoo supersonic interceptor, and the F-101F operational and conversion trainer. The two-seat trainer version was equipped with dual controls, but carried the same armament as the F-101B and were fully combat-capable.

On 22 October 1962, before President John F. Kennedy told Americans that missiles were in place in Cuba, the squadron dispersed one third of its force, equipped with nuclear tipped missiles to Kingsley Field at the start of the Cuban Missile Crisis.[4][5] These planes returned to Hamilton after the crisis. Although the number of ADC interceptor squadrons remained almost constant in the early 1960s, attrition (and the fact that production lines closed in 1961) caused a gradual drop in the number of planes assigned to a squadron, from 24 to typically 18 by 1964.[6] To make up for attrition of F-101s, ADC inactivated the 83d Fighter-Interceptor Squadron at Hamilton. Six of these aircraft were retained at Hamilton and the 84th’s strength went from 18 to 24 aircraft[7]

It moved to Castle Air Force Base, California in 1973 as part of the shutdown of Hamilton. It was inactivated in 1981 as the interceptor mission was being transferred to the Air National Guard.

Tactical Air Command
In July 1981 the squadron was redesignated the 84th Fighter Interceptor Training Squadron and received a fleet of Lockheed T-33 T-Birds to train in, specializing in electronic counter-countermeasures training. It participated in live flying exercises as targets for various air divisions and for the McDonnell Douglas F-15 Eagles of the 49th Tactical Fighter Wing. The squadron also flew target missions for the weapons controller training program until early 1987 when it was inactivated.

Modern era
In April 1990 the squadron was resurrected to meet the increased demand for pilots. The 84th was designated a Flying Training Squadron and joined the 85th Flying Training Squadron in training pilots in the Cessna T-37 Tweet at Laughlin Air Force Base. Again yielding to changes in pilot production the squadron was inactivated in October 1992. In 1998 pilot production increased again and the 84th was reactivated on 1 October 1998. 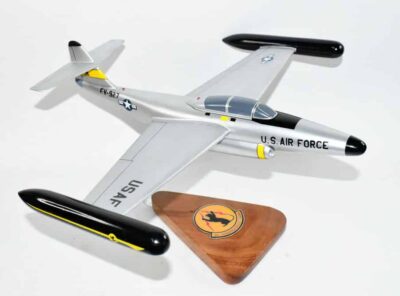 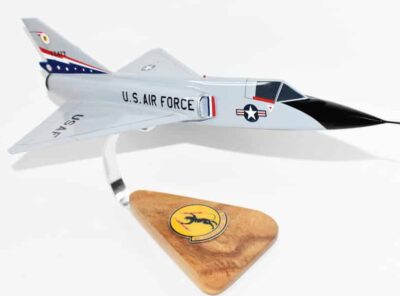 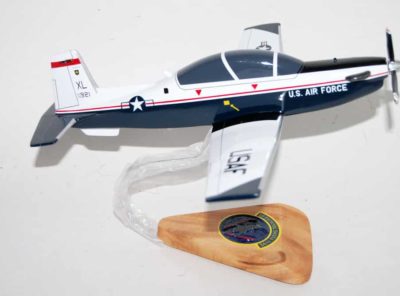 84th Flying Training Squadron Panthers T-6 II Solo again in the T-6 II with Panthers 84th FTS. This 12 inch model is a must have for any Air Force Aviator and makes the perfect gift after soloing! World War II … Read More 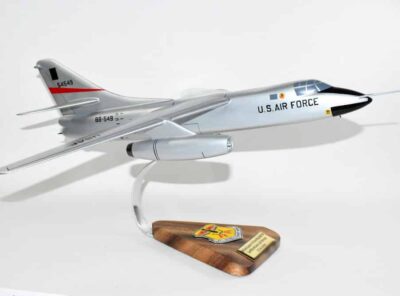