Fly with the 81st Tactical Fighter Wing 92nd TSF 1964 in this handcrafted F-101B Voodoo Model.  Each piece is carved from wood and painted to provide a one of kind piece.   Our pieces seek to recreate memories of these glorious aircraft.

History
See 81st Fighter-Bomber Group for related lineage and timeline information.
Established as 81st Fighter Wing on 15 April 1948 and activated on 1 May at Wheeler Air Force Base, Hawaii under the Hobson Plan. The 81st Wing commanded the functions of both the support groups as well as the flying combat 81st Fighter Group and the squadrons assigned to it.

The 81st Fighter Wing conducted air defense of Hawaii, December 1948 – May 1949 when operations at Wheeler were curtailed, the 81st being transferred to the Tactical Air Command Twelfth Air Force and being stationed at Kirtland Air Force Base, New Mexico.

The wing was attached to the Air Defense Command (ADC) Western Air Defense Force on 19 January 1950. Shortly afterwards, on 29 April, the 81st was reassigned to Moses Lake Air Force Base, Washington and transferred to ADC’s Fourth Air Force, its mission changed from training for worldwide deployment under TAC to performing air defense of Eastern Washington, primarily the Hanford Nuclear Reservation.

After fourteen months at now redesignated Larson Air Force Base, the 81st received movement orders to deploy to England. On 1 August 1951, the 81st flew initially into RAF Shepherds Grove, when in September transferred its headquarters to RAF Bentwaters, where the wing would be stationed for the next 40 years as part of the United States Air Forces in Europe (USAFE). The 81st Fighter-Bomber Group was inactivated on 16 June 1952 when the group was considered redundant as part of the Air Force tri-deputate reorganization.

The 81st was the first Sabre Jet unit to be based in Europe, and the first to form an integral part of the peacetime air defense of Great Britain. In this role, the wing came under the operational control of the Royal Air Force Fighter Command No. 11 Group during the actual defense of the United Kingdom, and for combined operational training. Under USAFE, the 81st came under the control of Third Air Force which coordinated its activities with the RAF. Although the pilots had a relatively short time to acquaint themselves with RAF techniques and procedures and the methods of fighter control, the unit made and excellent showing. In November 1952 when the 116th Fighter-Interceptor Squadron was inactivated and returned to Washington state control, it was replaced by the 78th Fighter-Interceptor Squadron, which assumed its mission, personnel and equipment. The 78th moved to RAF Sculthorpe in May 1956. The 78th briefly returned to Shepherds Grove in May 1957 before being reassigned to RAF Woodbridge in December 1958 when the USAF turned Shepherds Grove to the British Ministry of Defence.

In October 1954 the mission of the 81st changed from fighter-interceptor to fighter-bomber operations, carrying both conventional and nuclear weapons. The wing was charged with tactical operations in support of USAFE and NATO, with air defense as a secondary mission. To reflect this change, the unit was redesignated the 81st Fighter-Bomber Wing and traded in its North American F-86 Sabres for the Republic F-84F Thunderstreak.

Beginning in the fall of 1958, the 81st TFW was reequipped with the McDonnell F-101 Voodoo. The F-101 was configured as a fighter bomber, intended to carry a single nuclear weapon for use against battlefield targets such as airfields. The Voodos were equipped with Low Angle Drogued Delivery and Low Altitude Bombing System equipment for its primary mission of delivering nuclear weapons at extremely low altitudes. Pilots were trained for one-way missions into Soviet territory to increase effective range at some cost in negating pilot recovery.

In November 1965, the 81st received McDonnell F-4 Phantom IIs to replace the Voodoos. Initially receiving the F-4C this was later upgraded to the more capable F-4D during late 1972 and 1973.

The 81st began conversion to the Fairchild Republic A-10 Thunderbolt II in June 1979. The A-10 being a single-seat, twin-engine jet aircraft designed to provide close air support (CAS) of ground forces by attacking tanks, armored vehicles, and other ground targets. With the A-10, the wing’s mission changed to close air support and battlefield air interdiction in support of NATO ground forces.

This arrangement continued until June 1988 when the 10th Tactical Reconnaissance Wing at RAF Alconbury became a Tactical Fighter Wing, and two of the 81st TFW squadrons, the 509th and 511th Tactical Fighter Squadrons were transferred there on 1 June and 1 September, respectively. With the transfer of the A-10s to Alconbury, the 527th Aggressor Squadron was transferred to Bentwaters. The mission of the 527th was to provide dissimilar air combat training for NATO pilots, using Soviet tactics. The squadron flew the Northrop F-5 Freedom Fighter at Alconbury, however after 12 years of intense flying, by 1988 the fleet of aggressor F-5Es was getting rather worn out as a result of sustained exposure to the rigors of air combat maneuvering. It was decided to re-equip the squadron with General Dynamics F-16C Fighting Falcons when the squadron was assigned to Bentwaters.

The 527th Squadron flew its last F-5E sortie from Alconbury on 22 June 1988. On 14 July 1988 the squadron was transferred, transitioning to F-16Cs by mid-January 1989 at Bentwaters. However, in 1990 with the collapse of the Soviet Union, the decision was made to terminate the entire USAF aggressor program. The 527th AS was inactivated on 30 September 1990.

An A-10 forward operating location was established at Sembach Air Base West Germany on 1 September 1978 when Det. 1, 81st Tactical Fighter Wing was activated. Revetments and a dozen hardened aircraft shelters were built and A-10A Single-seat forward air control versions began operations at Sembach during May 1979. Additional detachments were subsequently established at Leipheim, Alhorn and Norvenich Air Bases and at two rear-ward Forward Operating Locations which remain classified to this day, in West Germany. A-10’s and support resources routinely rotated to these Forward Operating Locations from RAF Bentwaters for training and Tactical Evaluations. In the event of war in the 1980s, the Bentwater A-10’s were to fight from Germany, and Bentwaters would host F-16’s from Nellis Air Force Base and from Myrtle Beach Air Force Base, South Carolina.

With the end of the Cold War, the USAF presence at Bentwaters was gradually phased down. It was announced that the base would be closed and the 81st TFW would be inactivated. Began preparation for base closure in December 1992, ending flying operations on 1 April 1993. The last A-10 aircraft departed Bentwaters on 23 March 1993, and the 81st Tactical Fighter Wing was inactivated on 1 July 1993.

Hurricane Katrina
29 August 2005 tested the resolve of the 81st Training Wing in as drastic a manner as imaginable. When Hurricane Katrina barrelled into the gulf coast as a category 4 storm, the eye was only approximately 30 miles off a head-on hit with Keesler Air Force Base. Because of the hurricane, all students and non-essential personnel of the 81st were evacuated to other Air Force bases, effectively shutting down the training wing. Operation Dragon Comeback, the monumental relief and recovery mission the Air Force initiated, saw over $950 million in damage just to the base, but some 8,500 volunteers from Keesler helped not only the air base but also the surrounding communities get back to some semblance of normalcy after this disaster. The title “Operation Dragon Comeback” was coined by Master Sergeant Terence J. Scott (Retired Firefighter from the 81st Civil Engineer Squadron).

It only took until 16 September 2005 for students to start coming back to Kessler to train for their Air Force careers.[2] In less than a month, Keesler managed to clean up, pump out, dig through, and resuscitate the ailing training wing and bring it back to full mission readiness. 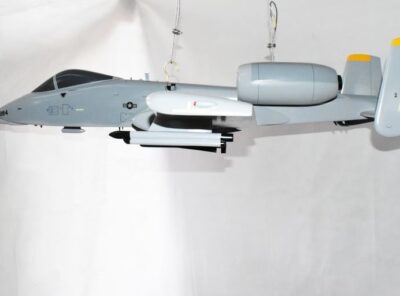 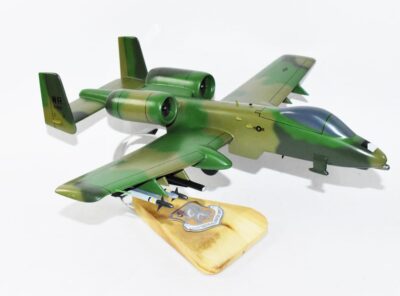 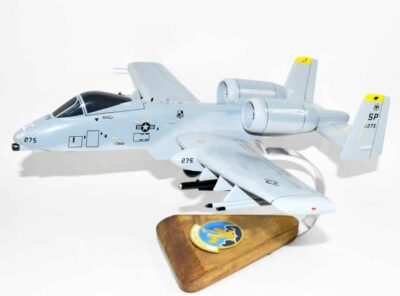 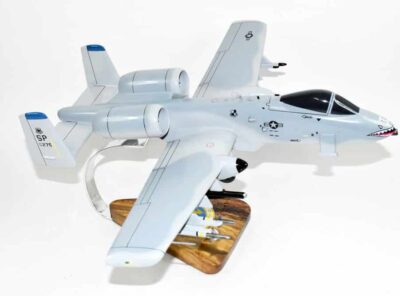