Fly with the 79th Fighter Squadron Flagship 2021 in this handcrafted F-16 Fighting Falcon Model. Each piece is carved from wood and handpainted to provide a piece you’ll love.

The 79th Fighter Squadron (79 FS) is part of the 20th Fighter Wing at Shaw Air Force Base, South Carolina. It operates the F-16 Fighting Falcon aircraft conducting air superiority missions.
The squadron is one of the oldest in the United States Air Force, its origins dating to 22 February 1918, being organized at Rich Field, Waco Texas, as a pilot training Squadron during World War I. The squadron saw combat during World War II, and became part of the United States Air Forces in Europe (USAFE) during the Cold War.

The 79th Fighter Squadron traces its history back to February 1918, when it was first organized as the 79th Aero Squadron. The unit inactivated from November 1918 until April 1933, when it became the 79th Pursuit Squadron, flying the Boeing P-12 at Barksdale Field, LA From 1940 to 1942, the squadron trained combat pilots and flew the P-40 Warhawk from bases on the east coast.[1] In 1943, the 79th converted to the P-38 Lightning, flying out of Northamptonshire, England, performing duty as bomber escorts and conducting fighter sweeps over Germany. The 79th remained at English bases throughout the war, supporting both the Normandy invasion and the allied drive into Germany. The squadron returned to the states and was inactivated on 19 October 1945.[1] The 79th was again brought to active service on 29 July 1946, at Biggs Field, Texas. The unit moved to Shaw Field, South Carolina, in October 1946. The squadron moved again to Langley Air Force Base, Virginia, in November 1951, and in June 1952, trained to support NATO ground forces in conventional and nuclear roles arriving at RAF Woodbridge England 1st October 1952 flying first the F-84G Thunderjet and then in 1955 the swept wing F-84F Thunderstreak. Redesignated as the 79th Tactical Fighter Squadron the unit transitioned onto the F-100 Super Sabre in 1957 and shared RAF Woodbridge with the 78th TFS (part of the 81st TFW) and operated locally under the command of the 81st TFW which was based at nearby RAF Bentwaters. The next change came in 1970, when the squadron transitioned to the F-111E Aardvark and moved to RAF Upper Heyford, England. The 79th received the Commander in Chief’s Trophy in 1981, as the best tactical fighter squadron in U.S. Air Forces in Europe.
From 1990 to 1991, the 79th deployed to Southwest Asia to support Operations Desert Shield and Desert Storm. On 30 June 1993 the squadron inactivated. On 1 January 1994, it was reactivated at Shaw Air Force Base, South Carolina, transitioning to the F-16 Fighting Falcon and assuming the mission of suppression of enemy air defenses. Since that time, the 79th has continuously supported Operations Northern and Southern Watch in Southwest Asia.
In December 1998, the 79th took an active part in Operation Desert Fox in conjunction with Operation Southern Watch demands. The squadron flew more than 1,000 successful combat sorties with these dual operational requirements. In January 1999, the 79th Fighter Squadron was awarded the South Carolina Air Force Association’s Outstanding Air Force Unit of the Year award. Also in 1999, the squadron was honored with Air Combat Command’s Maintenance Effectiveness Award. In June 1999, the 79th deployed F-16CJs in support of Operation Allied Force to a bare base in Southwest Asia. 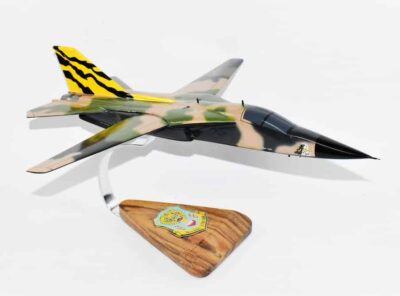 79th FS Tigers F-111E Model Fly with the Tigers of the 79th FS in this hand crafted F-111E Model. Each piece is carved from wood and hand painted to provide a piece you’ll love. Length – 18 inches. The 79th … Read More 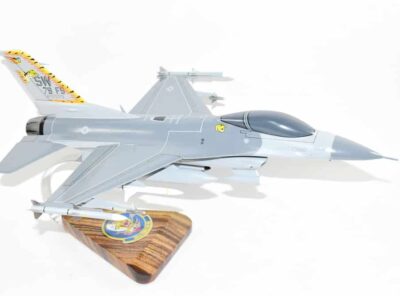 Length – 18 inches.
Made From Mahogany
US Veteran-Owned Business 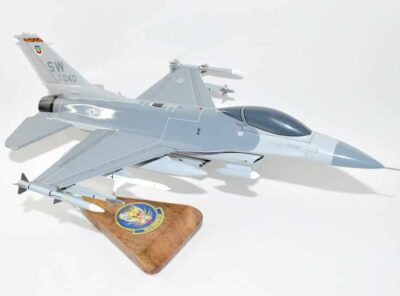 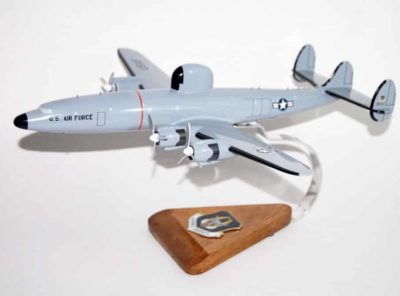