The 60th Fighter Squadron is an inactive United States Air Force squadron. It was last assigned to the 33d Fighter Wing at Eglin Air Force Base, Florida. It was inactivated on 1 January 2009.

World War II
Activated in 1940 at Mitchel Field, New York as the 60th Pursuit Squadron, the unit was attached to the 33d Pursuit Group on 15 January 1941. Redesignated as the 60th Fighter Squadron “Fighting Crows” on 15 May 1942, the unit was responsible for the continual mission of air defense of the United States until October 1942. In late 1942, the 60th joined the United States’ effort in World War II by participating in combat operations in the Mediterranean Theater and the China-Burma-India Theater. As a result of superior performance in central Tunisia, the 60th earned the Distinguished Unit Citation for combat operations on 15 January 1944. Following its service in World War II, the 60th was assigned to the 33d Fighter Group at Neubiberg Air Base, Germany in August 1946 and flew the North American P-51 Mustang.[4]

On 5 January 1959, the 60th was the first Air Defense Command squadron to receive the new McDonnell F-101B Voodoo interceptor. The unit was additionally tasked as part of the joint test force (teamed with members at Eglin Air Force Base, Florida) to test the F-101’s operational capabilities prior to its entrance into active service. The F-101B proved to be a quite successful interceptor. assigned alongside the F-101B interceptor was the F-101F operational and conversion trainer. The two-seat trainer version was equipped with dual controls, but carried the same armament as the F-101B and were fully combat-capable.[4]

During the 1960s, the 60th participated in various tests, exercises, and operations in the Air Defense Command. In October and November 1962, the unit was placed on alert during the Cuban Missile Crisis, and several planes with weapons and support crews were deployed to support potential combat needs. Planes remaining at Otis continued to perform the Air Defense Command continental air defense mission. Although it has been stated that F-101B Voodoos from the 60th were used in the production of the 1966 comedy The Russians Are Coming, the Russians Are Coming, the film, although set in New England, was actually shot on the West Coast for financial reasons and the fighters were from the 84th Fighter-Interceptor Squadron, based at Hamilton Air Force Base, California.[5] The 60th inactivated on 30 April 1971.

Tactical Air Command
In September 1971, the squadron was reactivated at Eglin Air Force Base, Florida as the 60th Tactical Fighter Squadron of the 33d Tactical Fighter Wing, flying the McDonnell F-4E Phantom II until transitioning to the McDonnell Douglas F-15A Eagle in the late 1970s. In 1979, the unit participated in the “Kadena Ready Eagle” program in which the members of the 60th trained new F-15 pilots stationed at Kadena Air Base, Japan.[4]

The 60th made its first combat deployment since World War II when it sent ten F-15s to Grenada in support of Operation Urgent Fury, the rescue of American medical students held in Grenada in the mid-1980s. The unit continued to train and until it was called upon to fly support missions for Operation Just Cause (the removal of Panamanian dictator Manuel Noriega from Panama in the early 1990s).[4]

Air Combat Command
The 60th Fighter Squadron flew the F-15 Eagle and supported the various combatant commanders by providing air superiority on call. The squadron also participated in Operation Noble Eagle following 9/11. It flew its last F-15 mission on 5 December 2008. The squadron was inactivated on 1 January 2009. 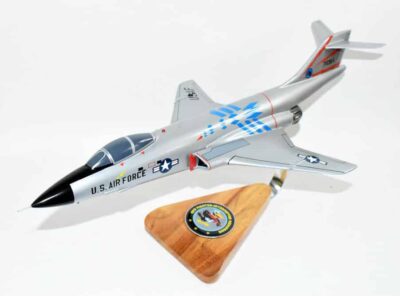 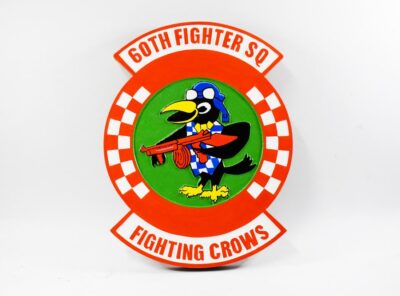