The 430th Expeditionary Electronic Combat Squadron is an active United States Air Force unit. It is assigned to the 451st Expeditionary Operations Group and stationed at Kandahar Air Base, Afghanistan.

The squadron was first activated during World War II and served in the European Theater of Operations, where it earned a Distinguished Unit Citation and the Belgian Fourragère for its actions in combat. It remained in Europe after V-E Day, returning to the United States, where it was inactivated at the Port of Embarkation in December 1945.

The squadron was reactivated as the 430th Fighter-Bomber Squadron in 1952, when it replaced an Air National Guard squadron in Japan. It again saw combat in the Korean War, earning another Distinguished Unit Citation and a Republic of Korea Presidential Unit Citation. The squadron returned to the United States in 1954, but made frequent overseas deployments, including combat in the Vietnam War. It remained a fighter unit until inactivating in 1989.

In 1992, the unit became the 430th Electronic Combat Squadron, but was only active for one year. It was converted to provisional status and received its current name in 2013. 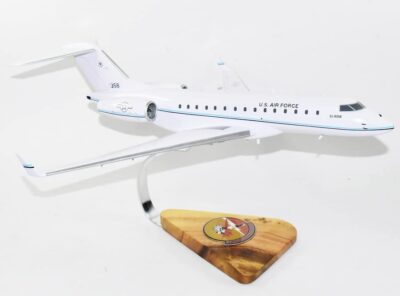 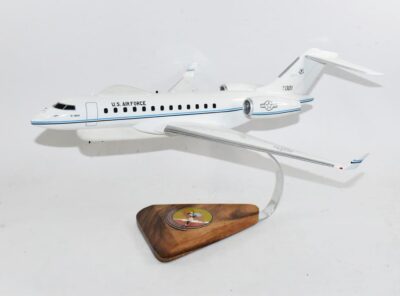 E11a BACN Model Fly again in the E-11 BACN aircraft with this handcrafted carved scale model.  Each piece is carved from wood and hand-painted to provide a piece you’ll love. Length – 18 inches Made from Mahogany US Veteran Owned … Read More