Fly with the 37th Airlift Squadron Blue Tail Flies in this handcrafted C-130E Model. Each piece is carved from wood and handpainted to provide a piece you’ll love.

Activated in June 1942 under First Air Force, being formed at Patterson Field, Ohio. Trained at various stationd in the southeast and Texas with C-47 Skytrain transports. Deployed to Egypt in November 1942 as part of President Roosevelt’s decision to aid the Royal Air Force Western Desert Air Force, assigned to the newly established Ninth Air Force, headquartered in Cairo.
Transported supplies and evacuated casualties in support of the British Eighth Army, operating from desert airfields in Egypt and Libya. Reassigned in May 1943 to the USAAF Twelfth Air Force in Algeria, supporting Fifth Army forces in the Tunisian Campaign. Began training for the invasion of Sicily; dropped paratroops over the assault area on the night of 9 July. Carried reinforcements to Sicily on 11 July and received a DUC for carrying out that mission although severely attacked by ground and naval forces; dropped paratroops over the beachhead south of the Sele River on the night of 14 September 1943. Remained in the MTO until February 1944 until being reassigned back to Ninth Air Force in England, IX Troop Carrier Command to participate in the buildup of forces prior to the Allied landings in France during D-Day in June 1944.
Engaged in combat operations by dropping paratroops into Normandy near Ste-Mere-Eglise on D-Day (6 June 1944) and releasing gliders with reinforcements on the following day. The unit received a third Distinguished Unit Citation and a French citation for these missions.
After the Normandy invasion the squadron ferried supplies in the United Kingdom. The squadron also hauled food, clothing, medicine, gasoline, ordnance equipment, and other supplies to the front lines and evacuated patients to rear zone hospitals. It dropped paratroops near Nijmegen and towed gliders carrying reinforcements during the airborne attack on the Netherlands. In December, it participated in the Battle of the Bulge by releasing gliders with supplies for the 101st Airborne Division near Bastogne.
Returned to the United States in May 1945, becoming a domestic troop carrier squadron for Continental Air Forces.
In the Korean War the squadron flew airborne assaults at Sukchon and Munsan-ni and aerial transportation between Japan and Korea.
While deployed in Taiwan, crews of the 37th flew to Hanoi on 17 February 1973 in support of Operation Homecoming, the repatriation of American prisoners of war to Clark Air Base, Philippines, on 5 March 1973. It conducted airlift operations during Operation Desert Shield in Southwest Asia, 14 August 1990 – 29 March 1991. It airdropped humanitarian supplies in Operation Provide Comfort for the relief of fleeing Kurdish refugees in northern Iraq, April–May 1991. The 37th flew airlift and airdrop missions to Bosnia and Herzegovina for Operation Provide Promise from July 1992-January 1996.
In November 2009, the 37th gave up its last C-130E and now flies only C-130J models. 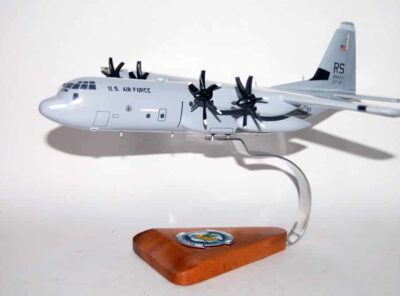 Coast Guard C-130H Model A perfect gift or keepsake for any Coast Guard Aviator! This C-130H model has an 18 inch wingspan and is carved from Mahogany and carefully painted to provide the perfect display piece. The C-130H is a mainstay … Read More 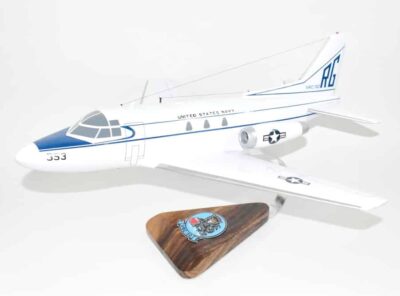 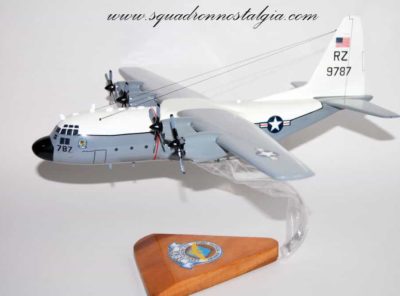 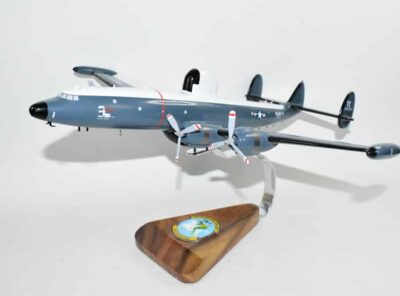