Fly with the 313th Airlift Squadron (McChord) in this handcrafted C-17 Globemaster Model. Each piece is carved from wood and hand painted to provide a piece you’ll love.

Overview
The mission of the 313th consists of airlift and aerial delivery on a worldwide basis, flying the Boeing C-17 Globemaster III jet transport. The majority of the airlift mission is conducted in the Pacific and Alaska; however, missions are also flown to Europe, Africa, and South America.

History
Patch history
Patch created by Larry Kangas in 1983. On a light blue disc in front of a black mountain with a white snow cap, a blue demi-globe outlined and grid lined yellow issuant from base overall a horizontal arced flight symbol above a white parachute supporting a white triangle within a narrow yellow border

World War II
Activated in late 1943 as a Douglas C-47 Skytrain troop carrier squadron, trained under I Troop Carrier Command in the United States. Was not deployed until the spring of 1945 to England, being assigned to the IX Troop Carrier Command. Was not used in combat operations, however did transport supplies and equipment to the front-line ground forces primarily into Germany and evacuated casualties to rear areas. Returned to the United States in September 1945 and was a transport squadron for Continental Air Forces until its inactivation in September 1946. 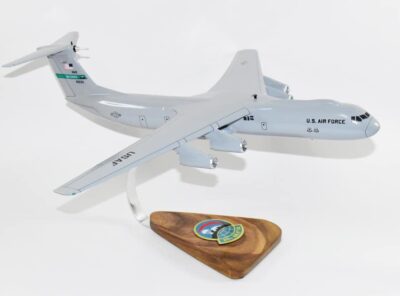 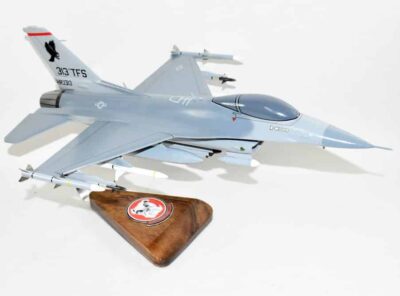 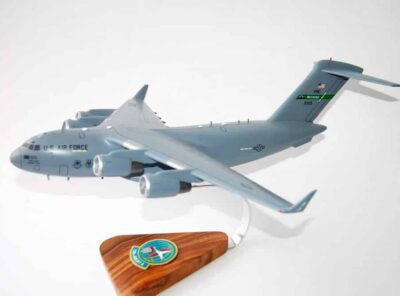 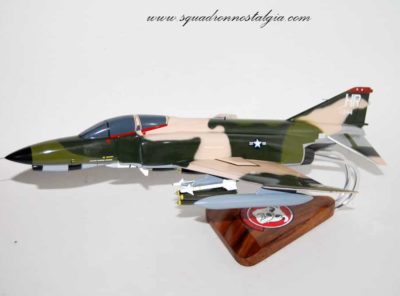