Fly with the 178th Fighter Squadron in this handcrafted F-16 Fighting Falcon Model. Each piece is carved from wood and handpainted to provide a piece you’ll love.

Overview
The 178th Reconnaissance Squadron includes operations of the MQ-1 Predator, a medium-altitude, long-endurance, remotely piloted aircraft. The MQ-1’s primary mission is interdiction and conducting armed reconnaissance against critical, perishable targets. When the MQ-1 is not actively pursuing its primary mission, it acts as the Joint Forces Air Component Commander-owned theater asset for reconnaissance, surveillance and target acquisition in support of the Joint Forces commander.

The squadron was first organized as the 392d Fighter Squadron at Hamilton Field, California on 15 July 1943, as one of the original squadrons of the 367th Fighter Group. Several members of its initial cadre were former Flying Tigers with prior combat experience. It was not until late August, however, that the group received its first Bell P-39 Airacobra.[3] After building up its strength, the squadron moved in October to Santa Rosa Army Air Field, California. In December group headquarters moved to Oakland Municipal Airport, while the 392d was at Sacramento Municipal Airport. The squadron moved temporarily Tonopah Army Air Field, Nevada, where they performed dive bombing and gunnery training. Training accidents with the Bell P-39 Airacobra cost several pilots their lives. In January 1944, as it prepared for overseas movement, the 392d was beefed up with personnel from the 328th and 368th Fighter Groups.The squadron staged through Camp Shanks, and sailed for England aboard the SS Duchess of Bedford.[5] The “Drunken Duchess”docked at Greenock, Scotland on 3 April and the group was transported by train to its airfield at RAF Stoney Cross, England. 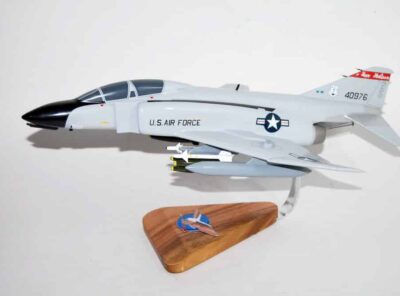