Fly with the 15th AMXS  in this handcrafted  C-17 Globemaster model. Each piece is carved from wood and hand painted to provide a piece you’ll love

The 15th Wing is a wing of the United States Air Force at Joint Base Pearl Harbor-Hickam, Hawaii. The wing reports to 11th Air Force, Headquartered at Joint Base Elmendorf-Richardson, Alaska.

Its history goes back to just before World War II, when the 15th Pursuit Group was organized at Wheeler Field, Hawaii from elements of the 18th Pursuit Group. The group’s combat effectiveness was largely destroyed during the Japanese attack on Pearl Harbor on 7 December 1941. Remanned and re-equipped as the 15th Fighter Group, it remained in the Hawaiian islands to provide for the air defense of the islands, although it deployed squadrons and detachments to the Central and Western Pacific areas. It later became a Twentieth Air Force very long range fighter group on Iwo Jima, escorting Boeing B-29 Superfortress bombers that attacked the Japanese home Islands. In April 1945 the group earned a Distinguished Unit Citation for combat action over Japan. Following the end of the war, the group returned to Hawaii, where it was inactivated in 1946.

The group was again activated in 1955 to replace the 518th Air Defense Group as part of Air Defense Command’s Project Arrow, which replaced units formed during the Cold War with those that had a distinguished history in the two world wars. It performed the air defense mission at Niagara Falls Municipal Airport, New York until it was discontinued in 1960 and its mission assumed by the New York Air National Guard.

In July 1962, Tactical Air Command organized the 15th Tactical Fighter Wing as the second McDonnell F-4 Phantom II wing at MacDill Air Force Base, Florida. Although its companion 12th Tactical Fighter Wing was one of the first wings deployed during the Vietnam War, the 15th acted as an F-4 combat crew training unit during this era, although it assumed a tactical role during the Cuban Missile Crisis and the Pueblo crisis. In 1970 the wing was inactivated and its mission, personnel and equipment were transferred to the 1st Tactical Fighter Wing, which moved on paper to MacDill from Hamilton Air Force Base, California.

Little more than a year later, the wing returned to Hawaii as the 15th Air Base Wing, when it replaced the 6486th Air Base Wing as the host organization at Hickam Air Force Base. The wing has been stationed at Hickam (now Joint Base Pearl Harbor-Hickam) since then. In 1984, the 15th group and 15th wing were consolidated into a single unit. 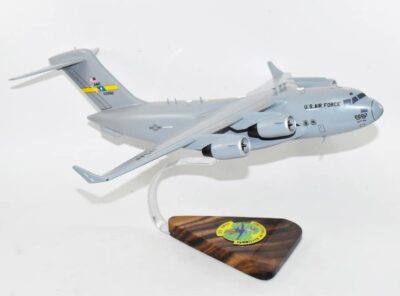 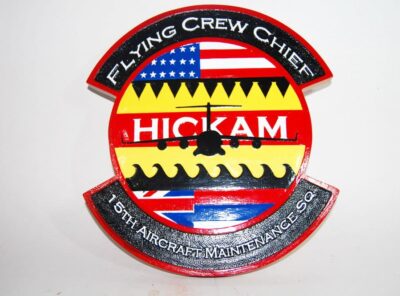