Fly with the VX-6 Puckered Penguins ‘Pegasus’ with 1965 livery in this handcrafted C-121J model.  Each piece is carved from wood and handpainted to provide a piece you’ll love.

Using the tail code XD, the squadron flew numerous fixed-wing aircraft and helicopters over the course of its existence—many of which were pioneering endeavors. For example, the first air link between Antarctica and New Zealand was established by men and aircraft of VX-6 in 1955. The following year, a ski-equipped R4D Dakota of VX-6 became the first aircraft to land at the South Pole. In 1961, the first emergency midwinter medical evacuation flight was conducted from Byrd Station to Christchurch. In 1963, an LC-130F Hercules of VX-6 made the longest flight in Antarctic history. In 1967, a United States Navy LC-130F of VX-6 completed the first scheduled winter flight to Antarctica, landing at Williams Field.

VX-6 changed the tail code of its aircraft to JD in 1957, and was redesignated as Antarctic Development Squadron Six (VXE-6) on 1 January 1969. Over the first 14-years of its existence during the time it was designated VX-6, seventeen sailors and marines assigned died in Antarctica during Operation Deep Freeze missions.

History
VX-6 traces its roots to Operation Highjump (1946–1947), the fourth Antarctic expedition conducted by United States Navy Rear Admiral Richard Evelyn Byrd. That expedition set out in December 1946 to conduct an extensive aerial survey of Antarctica, using Martin PBM Mariners based in the pack ice of the Ross Sea, as well as land-based R4D Dakotas (Dakota, from the acronym “DACoTA” for Douglas Aircraft Company Transport Aircraft,[16] was the designation used by the United States Navy to refer to the Douglas C-47 Skytrain). By the time Operation Highjump was concluded in late February 1947, the team had mapped about 5,500 miles (8,900 km) of coastline and 1,500,000 square miles (3,900,000 km2) of the interior of the continent.

Operation Deep Freeze I and II
Air Development Squadron Six (VX-6) was formally established on 17 January 1955 at Naval Air Station Patuxent River, Maryland. The squadron’s mission was to conduct aviation operations in support of United States Department of Defense responsibilities in connection with the United States Antarctic Program. On 1 February, Task Force 43 was activated to plan Antarctic operations scheduled to begin in the fall under the code name Operation Deep Freeze, with Captain George J. Dufek as commanding officer. Dufek would remain as commanding officer through Operation Deep Freeze IV, which concluded in 1959. The mission of Task Force 43 was to provide all the logistical support necessary for the successful U.S. participation in the upcoming International Geophysical Year (1957–8). More specifically, this meant that Task Force 43 was responsible for the construction of airstrips and iceports and the establishment of bases on Antarctica that would enable scientists to conduct geophysical studies upon that continent. On 14 November, the flagship of the recently promoted RADM Dufek, Commander Task Force 43, steamed from Naval Station Norfolk, Virginia to rendezvous in New Zealand with other ships of the task force for the onward voyage to Antarctica.

VX-6 made its first deployment at that time as part of Task Force 43 (the logistics arm of Operation Deep Freeze). That first season, VX-6 completed nine long-range exploratory flights. The squadron also transported people and materials necessary for the construction of Little America Base Camp, the Naval Air Operations Facility on Hut Point Peninsula (Ross Island), the first South Pole Station (now referred to as “Old Pole”), and assisted in the establishment of four other bases on the continent. On 20 December 1955, two Lockheed P2V-2 Neptunes and two R5D Skymasters (R5D was the designation used by the United States Navy to refer to the Douglas C-54 Skymaster) established the first air link between Antarctica and New Zealand with a flight from Christchurch to McMurdo Station.

Following its return from Operation Deep Freeze I in February 1956, VX-6 was relocated to Naval Air Station Quonset Point, Rhode Island. Naval Construction Battalion Center Davisville, the site of manufacture of the first Quonset huts, was also located at Quonset Point. NCBC Davisville was the home of Naval Construction Battalion 200, which had been established to perform the construction of any facilities required by the United States Antarctic Program. In September of that year, LCDR Ray E. Hall drew the first rendition of “Puckered Pete”, a cartoon character which later became the unofficial mascot of VX-6.

On 31 October 1956, during Operation Deep Freeze II, Qué Será Será, a ski-equipped R4D Dakota piloted by LCDR Conrad S. Shinn,[25] became the first plane to land at the South Pole. The seven United States Navy men (RADM George J. Dufek,[28] CAPT Douglas L. Cordiner,CAPT William M. Hawkes, LCDR Conrad S. Shinn, LT John R. Swadener, AD2 John P. Strider,[34] and AT2 William A. Cumbie Jr. aboard that aircraft were the first to stand at this spot in 44 years, the last being Robert Falcon Scott’s ill-fated Terra Nova Expedition in January 1912. RADM Dufek had chosen LCDR Shinn and his flight crew to attempt the landing, which was an extraordinary undertaking since the South Pole was almost 10,000 feet (3,000 m) above sea level where the aircraft engines would operate considerably below their optimum power levels. In addition it was expected that extremely cold conditions could be expected on the surface. The landing party remained at the South Pole for only 49 minutes, setting up navigational aids to assist the future delivery of materials and equipment for constructing a scientific observation station at the spot. Also in 1956, an R4D Dakota delivered the first group of 11 Seabees and 11 dog sleds, together with tents and other equipment to the South Pole, to begin construction of the first South Pole Station.

In 1957, the first letter of all the east-coast-based VX squadrons, including VX-6, was changed from X to J. In January 1958, a VX-6 UC-1 Otter made the first wheels-on-dirt landing in Antarctica at Marble Point.[22] On 1 October 1959, RADM David M. Tyree (Commander, U.S. Naval Support Force Antarctica from 14 April 1959–26 November 1962)[40] arrived at Naval Air Facility McMurdo Station from Christchurch aboard an R5D Skymaster piloted by LCDR J. A. Henning of VX-6. This first flight of the season marked the operational implementation of Operation Deep Freeze V.

On 9–10 April 1961, the first midwinter medical evacuation flight was conducted to rescue Leonid Kuperov, a seriously ill Soviet scientist, from Byrd Station. Two VX-6 C-130BL Hercules from Quonset Point flew from to Christchurch. One (piloted by CDR Lloyd E. Newcomer)[41] then flew on to Byrd Station to pick up Kuperov, while the other stood by in Christchurch. The total distance flown during this rescue mission was just under 13000 miles.

On 22 February 1963, an LC-130F Hercules of VX-6 made the longest flight in Antarctic history, covering territory never before seen by man. The plane (piloted by CDR William H. Everett and carrying RADM James R. Reedy (Commander, U.S. Naval Support Force Antarctica from November 1962–April 1965)[43] among its passengers, made the 3,470-mile (5,580 km) flight from McMurdo Station, beyond the South Pole to the Shackleton Range and then southeastward to the pole of inaccessibility before returning to McMurdo Station; the duration of this journey was 10 hours and 40 minutes. Also in February 1963, VX-6 completed the first delivery of bulk fuel by a Lockheed LC-130 Hercules.

On 26 June 1964, an LC-130F Hercules, commanded by LT Robert V. Mayer of VX-6, completed a round-trip flight from Christchurch to Antarctica in an emergency evacuation of petty officer B. L. McMullen, critically injured in a fall. As in the earlier medical evacuation of 1961, two planes, with teams of medical specialists on board, flew from NAS Quonset Point to Christchurch where one plane stood by while the other undertook the hazardous flight. On 30 September 1964, three LC-130 Hercules aircraft of VX-6 took off from Melbourne, Christchurch and Punta Arenas, respectively. The three aircraft flew to Antarctica, landing on Williams Field, 7 miles (11 km) from McMurdo Station. The flight from Melbourne, the first in history from Australia to Antarctica, passed over the South Pole to drop a 50-pound sack of mail to the wintering-over party, then landed at Byrd Station before proceeding to McMurdo Station. The arrival of RADM Reedy on this flight marked the official opening of Operation Deep Freeze 1965.Also in 1964, VX-6 conducted the first flight from Cape Town, South Africa to McMurdo Station, the first flight of a U.S. aircraft to the Soviet Vostok Station, and the first successful demonstration of trimetrogon aerial photography, used extensively to map Antarctica.

On 7 June 1966, a C-130 Hercules, piloted by CDR Marion Morris of VX-6, returned to Christchurch after a flight to McMurdo Station to evacuate UT-2 Robert L. Mayfield, who had been critically injured in a fall. It was the third emergency air evacuation from Antarctica during the winter night.

On 18 June 1967, The first scheduled winter flight to Antarctica was successfully completed when a United States Navy LC-130F of VX-6 flying from Christchurch landed at Williams Field. Although earlier winter flights had been made to Antarctica as a result of medical emergencies, this was the first planned flight.[44] On 2 December 1967, an LC-117D Skytrooper landed at McMurdo Station from Hallett Station. This was the last C-117 flight on the Antarctic continent, marking the end of 11 years of service to VX-6 by the Douglas C-47 Skytrain airframe. 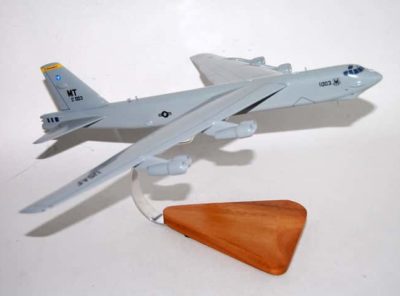 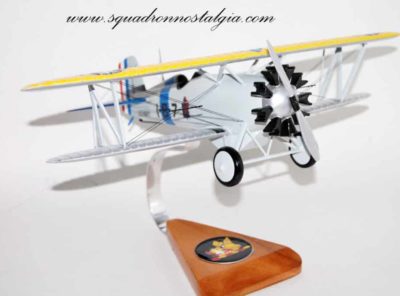 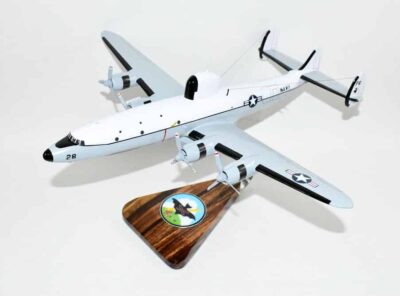 VQ-1 World Watchers EC-121 PR-28 Model Capture what it was like to fly with the VQ-1 World Watchers in this EC-121 Super Constellation.  This wooden model is meticulously carved and painted to create a piece that you will proudly be … Read More 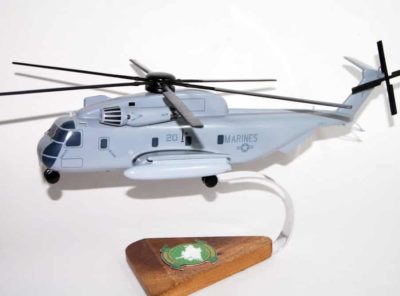 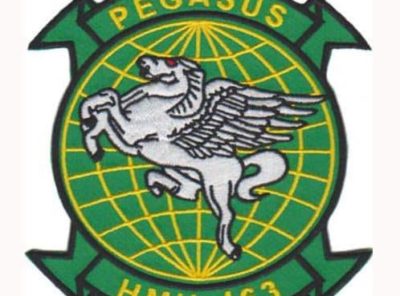 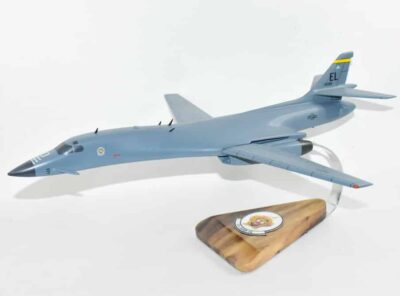 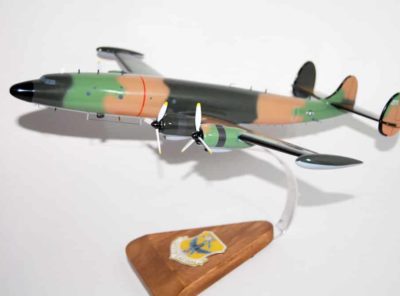 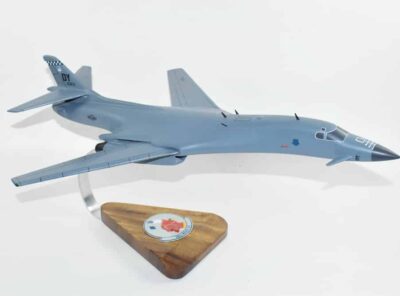