The fighting Redhawks of flight Training Squadron TWENTY-ONE have been a mainstay of Naval Aviation for over 57 years. Originally established as advanced training unit two-zero-two in April 1951, the squadron was re-designated as Flight Training Squadron-Two One on May 21 1960. The first Navy and Marine Corps students were trained in the F-6F Hellcat. In May 1954, the squadron transitioned to its first jet aircraft, the F-9F Panther with the squadron later operating the F-9F8 cougar, TA-4J Skyhawk and, in Feb 1992, making the final transition to the T-45 Goshawk.

For over half a century the Fighting Redhawks have excelled in training future generations of Naval and Marine Corps Aviators. In 1961, the squadron became the first advanced jet training squadron to accomplish over 15,000 consecutive accident free hours. In 1968, the Redhawk’s superior performance was recognized above all 19 jet and propeller training squadrons in CNATRA when the Redhawks were presented the Admiral John H. Towers Flight Safety award. In 1972, a record was achieved when 60,850 accident free hours were accumulated by the instructors and students of the squadron. That same year, VT-21 was awarded the Meritorious Unit Commendation, and its 17th ACES (Alertness, Competence, Effectiveness, and Safety) award. This award was presented by the Chief of Naval Air Training for distinguished performance in aviation safety.

In a historic partnership with the Indian Navy, VT-21 began training Indian Student Naval Aviators in 2006 and graduated the first class for the Indian Navy in 2007. In addition, VT-21 has also trained student Naval Aviators from France and, most recently, Brazil. The squadron annually logs more than 23,000 flight hours and completes more than 11,500 student syllabus events flying the T-45A/C.

Today the men and women of VT-21 are justifiably proud of their legacy of training the world’s greatest Naval and Marine Corps Aviators. The T-45 Combined Flight Curriculum continues to employ the newest technologies and teaching techniques to enable the Naval Aviation Training Command to produce a more capable and better Naval Aviator than ever before. 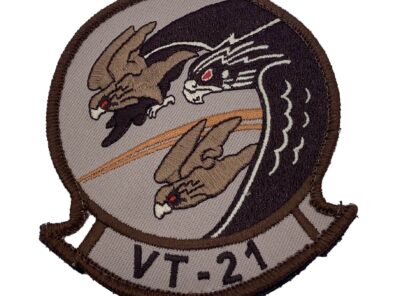 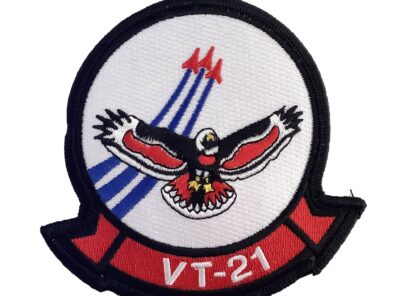 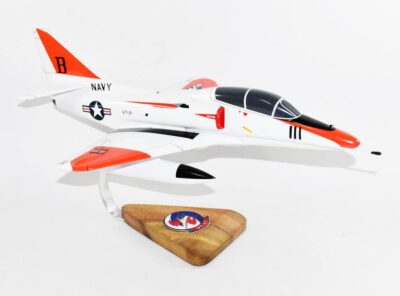 Fly with the VT-21 Redhawks in this hand crafted TA-4J Skyhawk Model. Each piece is carefully carved from wood and hand painted to provide a piece you’ll love. 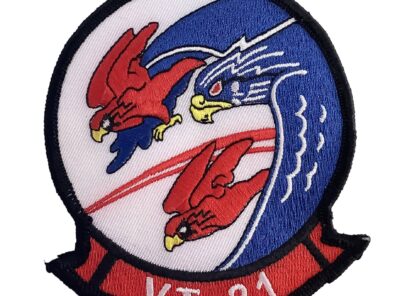 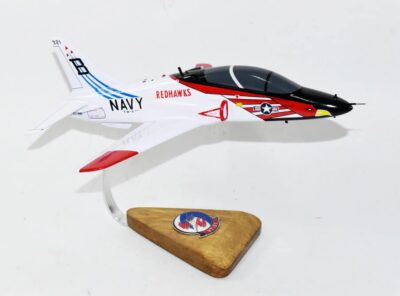 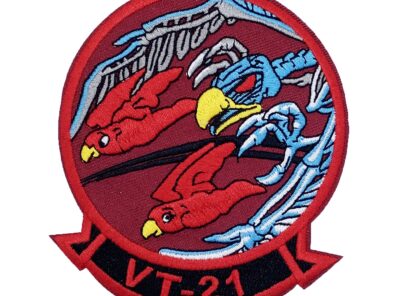 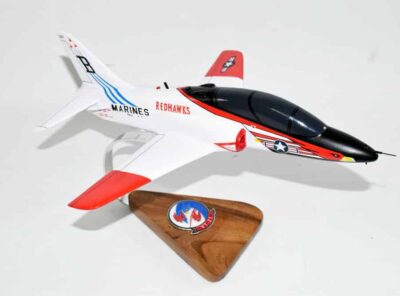 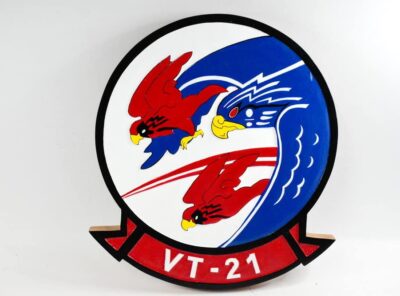