Sea Control Squadron 31 (VS-31) squadron is currently stationed aboard NAS Jacksonville, Florida. The Operations Department is responsible for combat readiness within the squadron. This includes the responsibility for planning and coordination of all flights, simulator training, and external communications. The Safety Department is directly responsible for the promotion of safety and Operational Risk Management throughout the squadron. The Maintenance Department supports squadron operations by maintaining all assigned aircraft and associated support equipment. The Administration Department is directly responsible to the Executive Officer for squadron administrative procedures per the policies of the Commanding Officer and directives of higher authority.

The squadron originally existed as Scouting Squadron 31, based at Squantum Naval Air Station, Squantum, Massachusetts. The Squadron served meritoriously, flying the Douglas SBD-5 Dauntless, followed by the Curtiss SB2C-4E Helldiver in the North Atlantic from 1942 until the conclusion of World War II in 1945 when it was de-commissioned. In April of 1948 at NAS Atlantic City, New Jersey, the squadron was re-established as Composite Squadron 31. The following year, VC-31 became the Atlantic Fleet’s first VS Squadron when its mission was changed to carrier-based anti-submarine warfare. The squadron was re-designated Air Anti-Submarine Squadron 31 (VS-31), took the name Topcats, and subsequently moved to NAS Quonset Point, Rhode Island.

In the early years, the VS-31 Topcats accomplished its ASW mission utilizing the TBM Avenger, followed by the AF Guardian “Hunter/Killer” aircraft. When using the Guardian in its ASW role, it was necessary to fly with a “sister” aircraft that had attack capabilities. In 1954, the Topcats received the first Grumman S-2 Tracker. This was the first true ASW aircraft that combined both search and destroy capabilities in a single carrier-based platform. The Topcats performed carrier operations aboard the USS MONTEREY in 1951. In the years to come, the squadron would conduct operations on the following carriers: WRIGHT, PALAU, SIBONEY, ANTIETAM, WASP, ESSEX, LAKE CHAMPLAIN, LEXINGTON, TARAWA, VALLEY FORGE, YORKTOWN, INTREPID, FORRESTAL, SARATOGA, INDEPENDENCE, DWIGHT D. EISENHOWER, GEORGE WASHINGTON, and JOHN C. STENNIS.

The Topcats have a long history of being called upon in times of conflict. In 1956, the squadron, embarked in USS ANTIETAM, was tasked by Commander, Sixth Fleet for ASW support during the Suez Crisis. Additionally, while embarked in WASP, VS-31 provided ASW coverage during the Lebanon Crisis in 1958 and also during the Berlin Crisis in 1962. VS-31 has, on numerous occasions, participated in history-making events. In March of 1963, the squadron provided surveillance and logistic support during President Kennedy’s visit to Costa Rica. In May of the same year, the Topcats were on station for the recovery of the last PROJECT MERCURY space shot, as well as for the recovery of the GEMINI IV Spacecraft in 1965.

In 1973, VS-31 departed NAS Quonset Point, its home for over a quarter of a century, and relocated to NAS Cecil Field, Florida. In the following year, the Topcats became the first VS squadron to deploy on USS INDEPENDENCE (CV 62) as part of the first operational test of the CV concept. This was also the last deployment the S-2 Tracker would make with the squadron.

The jet-powered S-3A Viking became the new ASW platform the Topcats would employ. Upon completion of this transition, the squadron deployed to the Mediterranean, once again in USS INDEPENDENCE (CV 62), in March of 1977. The Topcats then found themselves a home in the newly-commissioned nuclear-powered aircraft carrier, USS DWIGHT D. EISENHOWER (CVN 69). Their first forward deployment to the Mediterranean Sea came in January, 1979. Following deployments in 1981 and 1983, VS-31 explored the limits of the Viking’s capabilities, making 23 detachments over a 24-month period. Most notable of the Topcats detachments were two precedent-setting exercises with the Colombian Navy.

In 1988, the Topcats made their last deployment with the S-3A, and upon return from the Mediterranean transitioned to the S-3B, a quantum improvement in Anti-Submarine and Anti-Surface Warfare capabilities. In March of 1990, VS-31 became the first squadron to deploy with the S-3B. During this deployment the Topcats participated in Operation “DESERT SHIELD”, arriving on-station in the Red Sea within days of the invasion of Kuwait to help prevent further Iraqi aggression.

In September of 1991 the Topcats deployed to the Arabian Gulf and became the first operational squadron to employ the S-3B’s Harpoon missile capability by launching a warshot missile against a target hulk in the North Arabian Sea. The deployment concluded with the joint NATO exercise “TEAMWORK 92” during the month of March, 1992. The exercise was conducted throughout the North Sea and the Norwegian Sea during the winter storm season.

The next forward deployment of VS-31 occurred over two years later as the Topcats accompanied the USS GEORGE WASHINGTON (CVN-73) on its maiden cruise through the Mediterranean Sea and Arabian Gulf from May to November 1994. Highlights from this cruise included the Battle Group’s hosting of the President and various dignitaries on the 50th Anniversary of D-Day. The squadron worked in the Adriatic Sea in support of UN Operations “SHARP GUARD” and “DENY FLIGHT” and also flew in the Arabian Gulf in support of “SOUTHERN WATCH” and “VIGILANT WARRIOR”.

In January 1996, the Topcats deployed on a Mediterranean and Arabian Gulf deployment and participated in Operations “JOINT ENDEAVOR” and “SOUTHERN WATCH.” Additionally, VS-31 became the first S-3B squadron in history to drop an exercise torpedo in the Arabian Gulf. In February of 1998, the Topcats once again deployed, this time onboard the USS JOHN C. STENNIS (CVN-74). VS-31 accompanied the Stennis on its historic “Around the World” maiden voyage, during which the Topcats spent 131 days in the Arabian Gulf in support of Operation “SOUTHERN WATCH.” The Stennis also visited Australia and Hawaii before pulling in to her new homeport of San Diego. In 1999 the Topcats returned to the USS DWIGHT D. EISENHOWER (CVN-69) along with CVW-7. During 1999, VS-31 operated every where from NAS Fallon to Roosevelt Roads, Puerto Rico. Several new weapons and sensor upgrades were operationally tested by the squadron. The Topcats evaluated the proposed EO/IR improvement for the Viking community. VS-31 also was the first squadron to control the live firing of a Standoff Land Attack Missle (SLAM) thru the AWW-13 Data Link Pod and Maverick Missile Control System. 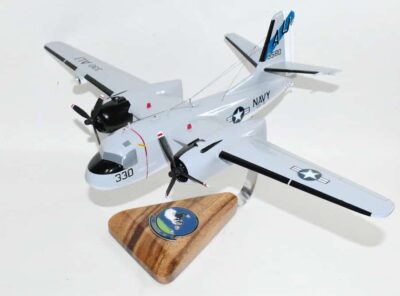 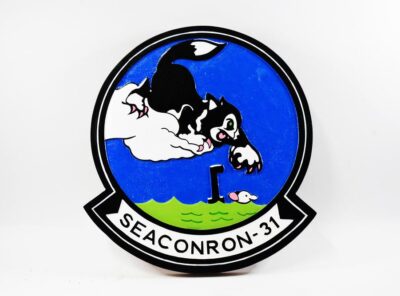 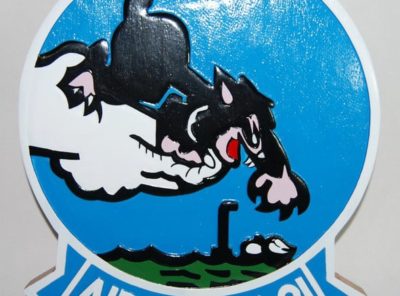 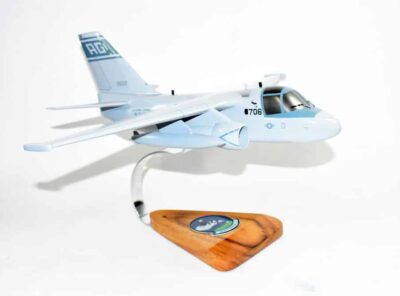 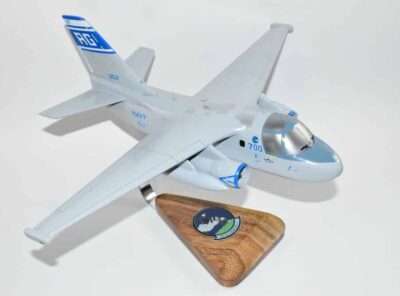