41 in stock (can be backordered)

Sea Control Squadron Thirty remains prepared to conduct sustained combat operations from aircraft carriers in any environment to support National Command Authority objectives as promulgated by the Battle Group Commander, the Battle Group Strike Warfare Commander, and the Battle Group Sea Combat Commander. In the ever evolving world of naval aviation, VS-30 has helped keep the S-3B Viking on the cutting edge. They have accomplished this by adapting to a changing enemy threat and incorporating new weapons and technology.

During the post World War II years, TBM Avenger squadron VC-801 served as a component of the demobilized reserve Carrier ASW forces. On 1 August 1950, VC-801 was re-designated VS-801 at Miami, Florida, with 18 TBM-3E Avengers. The squadron was recalled to active duty on 1 February 1951 due to the military mobilization associated with the outbreak of the Korean War and moved its home station to NAS Norfolk, Virginia. In February of 1952, the squadron received its first AF-2S and AF-2W “Guardian” aircraft to replace the aging Avenger.

In June of 1960, VS-30 changed its base of operations from Norfolk, Virginia to NAS Key West, Florida and was designated the S-2 TRACKER Readiness Training Squadron for the Atlantic Fleet. As the East Coast training squadron, VS-30 earned the nickname “DIAMONDCUTTERS”, by taking “nuggets” fresh from the training command and honing their skills to the fine edge needed to be fleet aviators. In October 1962, VS-30 crews integrated into fleet squadrons during the Cuban Missile Crisis. In order to consolidate all Atlantic Fleet VS assets at a single sight, VS-30 was directed to relocate its men and machines to NAS Quonset Point, Rhode Island, in July 1970. VS-30 continued its primary mission of indoctrinating and training pilots, aircrewman, and maintenance personnel, compiling an impressive safety record of more than 50,000 accident free flight hours and earning several commendations for exemplary service. With the closure of NAS Quonset Point, VS-30 made another permanent move in September 1973 to NAS Cecil Field, Florida. The Diamondcutters continued to train S-2 aircrews and maintenance personnel. Eventually, VS-30 took over S-2 training for both the Atlantic and Pacific Fleets as well as training for crews from Argentina, Turkey, Brazil, Venezuela, Peru and South Korea.

On 1 April 1976, after 22 years of flying the S-2 TRACKER, VS-30 became an operational fleet squadron and transitioned to the S-3A VIKING. The squadron received training in the maintenance and tactical utilization of their new aircraft at NAS North Island, California. The Diamondcutters began their first operational deployment with the S-3A in April 1978 aboard USS FORRESTAL (CV 59) as part of Carrier Air Wing SEVENTEEN (CVW 17). In July 1988, VS-30 became the first fleet squadron to receive the enhanced capability Harpoon/ISAR equipped S-3B. 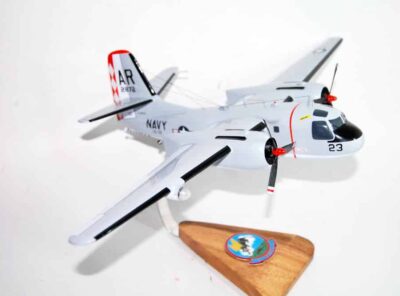 VS-30 Diamond Cutters S-2D (1960) Tracker Model Fly with the Diamond Cutters of VS-30 in this hand crafted S-2 model. Each model is carefully crafted from wood and hand painted to provide a unique piece you’ll love. Wingspan – 18 … Read More 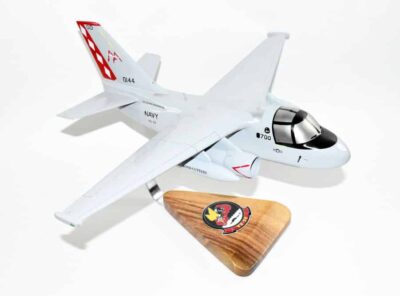 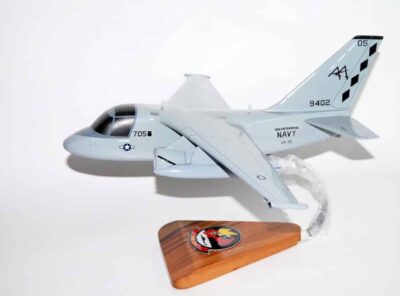