A 4 inch squadron patch of the VP-91 Black Cats.

1 Nov 1970: VP-91 was established at NAS Moffett Field, and was the first Naval Air Reserve land-based patrol squadron on the West Coast to fly the P-3A Orion aircraft. The new squadron came under the operational and administrative control of Commander Naval Air Reserve Force and Commander Fleet Air Reserve Wings, Pacific. VP-91 was established as a result of a major reorganization of Naval Air Reserve that took place in mid-1970. Under the Reserve Force Squadron concept 12 land-based naval reserve patrol squadrons were formed and structured along the lines of regular Navy squadrons with nearly identical organization and manning levels. The 12/2/1 concept had 12 VP squadrons under two commands, COMFAIRESWINGLANT and COMFAIRESWINGPAC. These two commands came under the control of one central authority, Commander Naval Air Reserve. VP-91 had its origins in an earlier unit located at NAS Moffett Field, called NARTU Alameda Detachment Alpha. Det Alpha was established on 1 March 1967 to provide for the transition of selected air reserve P-2 Neptune units into the first reserve P-3 units.
June–July 1980: VP-91 participated in the location of Vietnamese boat people during the unit’s annual active duty while on deployment at NAS Agana, Guam. Squadron crews located five refugee vessels resulting in the saving of 250 lives. The five crews participating in the rescue were awarded the Humanitarian Service Medal. By this date, over 2,500 refugees had been rescued in the South China Sea and Gulf of Thailand through efforts by all elements of the Navy.
February 1991: One crew and aircraft was deployed to participate in Operation Desert Storm. The crew was credited with assisting in the destruction of two Iraqi Navy vessels during combat in the Persian Gulf. This event marked the only participation by a Navy reserve patrol squadron in direct combat with the Iraqi navy during the Gulf War.
1 July 1994: NAS Moffett Field was disestablished after 62 years of service as a naval air station and Army Air Corps field. The base continued to serve the National Aeronautical and Space Administration, the Naval Air Reserve, and the California Air National Guard but was no longer under the Navy’s operational or administrative control. The active duty P-3 squadrons were relocated to NAS Barbers Point, Hawaii, and NAS Whidbey Island, Washington. VP-91 continued to operate from the base, now known as Moffett Federal Airfield, California.
31 March 1999: The squadron was deactivated at Moffett Federal Airfield. 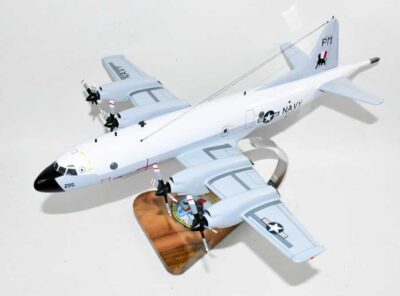 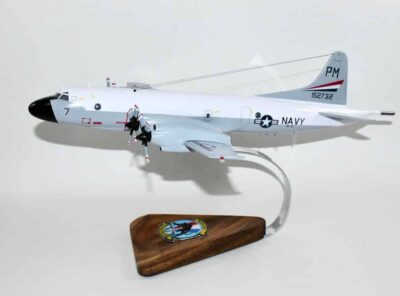 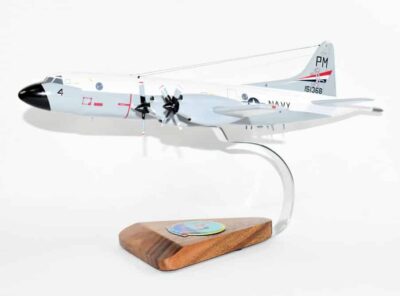 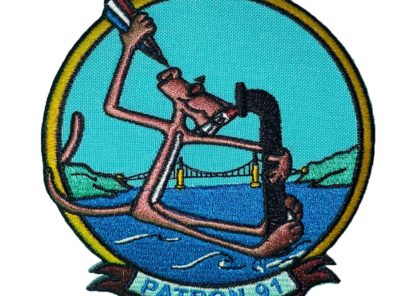