Patrol Squadron EIGHT (VP-8) was commissioned as Patrol Squadron 201 (VP-201) in September 1942 in Norfolk, Virginia. During World War II, VP-201 flew the sea-based PBM Mariner aircraft, combating German submarines that threatened Allied shipping throughout the Atlantic. In June 1947, the squadron completed a homeport change to Quonset Point, Rhode Island and transitioned to the land-based P-2V Neptune aircraft. The squadron was renamed to VP-8 in September 1948, and in October 1962, VP-8 became the first operational P-3 Orion squadron in the U.S. Navy.

VP-8 operated the venerable P-3 above every ocean for over 50 years, earning a reputation as one of the best Maritime Patrol Aviation (MPA) squadrons. During the Cuban Missile Crisis in 1962, VP-8 demonstrated the P-3’s superior Anti-Submarine Warfare (ASW) and Anti-Surface Warfare (ASUW) capabilities by tracking Soviet submarines in the Caribbean and Eastern Atlantic. Later that decade, VP-8 flew combat missions throughout Southeast Asia in support of the Vietnam War. The squadron conducted a homeport change to Naval Air Station (NAS) Brunswick, Maine in 1971.

In December 2013, VP-8 embarked on its 37th and final P-3C Orion deployment prior to transitioning to the P-8A Poseidon. The dual-site deployment to Isa Air Base, Bahrain and to Comalapa, El Salvador demonstrated the squadron’s superb operational excellence as a premier MPA squadron and leader in the primary mission areas of ASW, ASUW and ISR in support of Operations ENDURING FREEDOM and IRAQI SUPPORT, as well as Counter-Transnational Organized Crime in support of Operations MARTILLO, CAPER FOCUS, and CARIBBEAN SHIELD.

Upon completion of the squadron’s final P-3 deployment in July 2014, aircrew and maintenance personnel began a seven month transition to the P-8A Poseidon. In February 2015, VP-8 will enter the Inter-Deployment Readiness Cycle in preparation for their first deployment as a P-8A squadron. 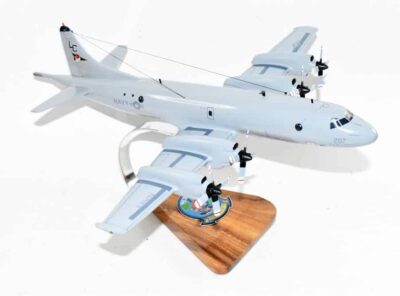 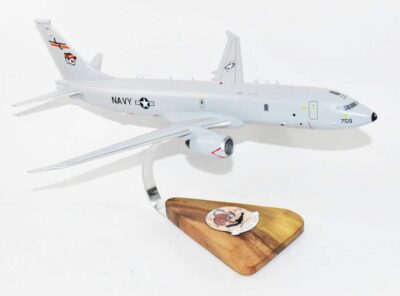 Fly with the VP-8 Tigers again in this handcrafted VP-8 Tigers P-8a Model. Each model is carved from wood and handpainted to provide a piece you’ll love. 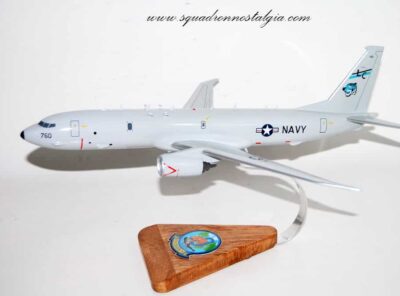 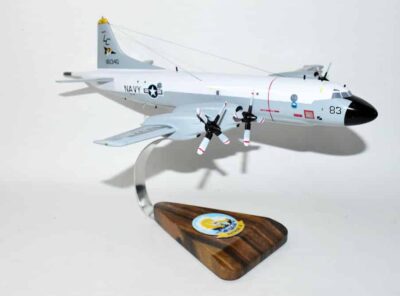 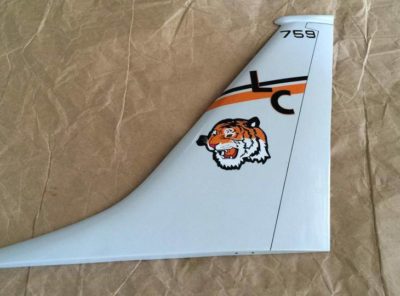 VP-8 Tigers P-8a Tailflash Looking for a perfect piece of VP-8 wall art for your Goat Locker? Each tailflash is meticulously shaped and painted to match the vertical stabilizer of the P-8a Poseidon. Build custom or buy in stock – … Read More 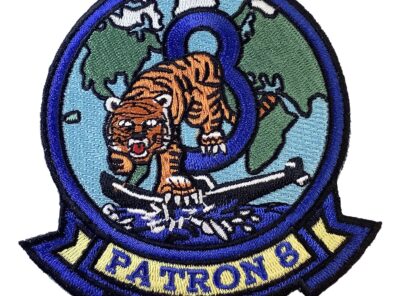 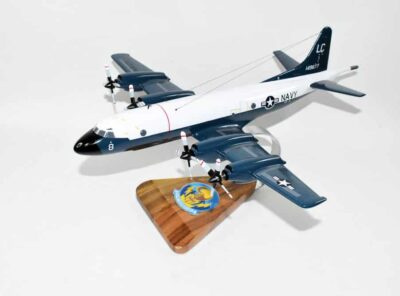 VP-8 Tigers P-3a Model A meticulously carved 18 inch wooden P-3 Orion of the VP-8 Tigers. The paint scheme mirrors what was used in 1963. This model carries a few extras like the search light, 4x Bullpups and Brass Medallion … Read More