Proudly display this 18 inch wooden P-3C model of the VP-46 Grey Knights.  Each model is carefully carved and meticulously painted to provide a piece that you will enjoy for a long time!

Patrol Squadron FOUR SIX (VP-46) has the distinction of being the oldest American maritime patrol squadron, and the second oldest squadron in the entire United States Navy. The only squadron more senior is VFA-14, as their history is unbroken back to the establishment of the Air Detachment Pacific Fleet in September of 1919. Tracing a squadrons lineage is a complicated matter. Only the uninterrupted operation of a squadron from its establishment, through any re-designations until its disestablishment is recognized. Additionally, if there is a break where a squadron is disestablished, and then reestablished at some later date, the squadron may continue the traditions of the old organization, but cannot claim its history or lineage. VP-46 has maintained a continuous history back to the founding of Patrol Squadron FIVE-S.

The Grey Knights history began with the establishment of VP-5S on 1 July 1931 at Naval Air Station (NAS) Coco Solo in the Canal Zone, Panama. The squadrons first year saw a re-designation to VP-5F, and a temporary home port change to NAS North Island, San Diego, California. During this time, the squadron flew the PM-2 twin engine sea going biplane. This open cockpit aircraft carried a crew of five, and boasted a range of 865 miles.

In June 1933, the squadron transitioned to its second aircraft, the P2Y-1, which offered several improvements over the PM-2. The P2Y-1 remained a twin engine biplane design, but incorporated more powerful engines. Besides being a significantly larger aircraft, the P2Y-1 also had just over twice the range of the PM-2. During this period the squadron continued to patrol the Caribbean and provide support to the fleets annual training exercises.

On 18 May 1938, VP-5S transitioned to arguably the most famous and recognizable seaplane ever built when they began flying the PBY Catalina. The PBY was larger and more capable than either of the previous aircraft. It carried a crew of 5 to 8 individuals for a range of roughly twice that of the P2Y, and it was more heavily armed. VP-5S was soon put to operational use as the newly re-designated Patrol Squadron THREE TWO (VP-32). The outbreak of hostilities in Europe prompted President Roosevelt to declare the United States neutral, and all maritime patrol squadrons were tasked to perform neutrality patrols up and down the Atlantic coast.

With the attack on Pearl Harbor on 7 December 1941, America, as well as the men of VP-32, were thrust into the Second World War. The squadron operated from advanced locations around the Caribbean, where their primary tasking transitioned to Anti-Submarine Warfare (ASW) and convoy patrol. Throughout the first year of the war there was little contact with enemy submarines, resulting in only a few sightings.

By the end of 1942, VP-32 began the transition to the PBM Mariner, incorporating many improvements over the PBY to include the introduction of radar. The transition to the PBM was completed by April 1943, just in time for the most productive two weeks that they experienced during the war. From 15 – 28 July 1943, VP-32 was successful in sinking three German U-boats (U-159, U-759, and U-359) south of Haiti.

At the close of the Second World War, the squadron was re-designated to Medium Patrol Plane Squadron SIX (VP-MS-6) and changed its home port to NAS Alameda, California. It was from this location that the squadron supported fighting the Cold War including various nuclear tests in Operation Sandstone. 1 September 1948 marked the squadrons final re-designation to Patrol Squadron FOUR SIX (VP-46).

From June to December of 1950, VP-46 attained another milestone, becoming the first seaplane squadron deployed to perform combat patrols in support of the Korean War. Throughout this deployment, squadron aircraft patrolled off the Chinese coast and in the Formosa Straight. Before hostilities ended in July 1953, VP-46 deployed twice more to the region. The Grey Knights conducted ASW patrols, as well as over water search and reconnaissance throughout the waters east of the Korean Peninsula.

In 1961, VP-46 started landing on runways instead of the water by transitioning to the P2V Neptune. This marked the first time the Grey Knights operated a land based aircraft in their history. This was a short-lived change, as the transition to the P-3A began only three years later. VP-46 had the privilege of being the first west coast squadron to fly the P-3A Orion, the aircraft it has continued to fly in various versions to this day. The Orion boasted a far more capable ASW suite and a much more spacious airframe than any of the previous aircraft flown. In conjunction with the aircraft transition, VP-46 also made a home port change to NAS Moffett Field in the San Francisco Bay Area.

When hostilities erupted in Southeast Asia in the mid-1960s, VP-46 was again tasked to support. The squadron made its first deployment in support of the Vietnam conflict in 1965 to Naval Air Facility Naha, Japan. It was during this deployment that VP-46 provided around-the-clock surveillance of Vietnamese Coastal waters as part of Operation Market Time. The Grey Knights again returned to Naha two years later, but by 1968 the squadron also operated out of Adak, Alaska tracking Soviet submarines.

In 1970 and 1972, VP-46 again returned to the Vietnam conflict, based in the Philippines as well as MCAS Iwakuni. The pressure that was applied by the P-3 navy to the Soviet Yankees (ballistic missile submarines) while they attempted, usually unsuccessfully, to patrol off the coast of the US was a major contributing factor in the United States victory in the Cold War.

At the close of the Cold War, VP-46 continued to maintain its primacy in ASW and answered a new call to perform overland Intelligence Surveillance and Reconnaissance (ISR) and strike support. During Desert Storm the squadron was deployed to NAS Cubi Point in the Philippines, with detachments to Al Masirah in Oman. The Grey Knights were one of only a small number of patrol squadrons in the Arabian Peninsula and were among the last Maritime Patrol Squadrons to leave on March 10th, 1991. With the closure of Moffett Field in 1993, the Grey Knights moved to their current home port of NAS Whidbey Island.

P3C Orion VP-46 returned to the Middle East again at the end of 2002 as vital contributors to Operation Iraqi Freedom. The Grey Knights provided valuable intelligence to troops on the ground while performing ISR operations. On April 16, 2003, the Grey Knights had the distinct honor of being the first Navy aircraft to land in Baghdad. Throughout the remainder of the deployment, the Grey Knights continued to conduct armed patrols overland Iraq and supported the Coalition soldiers on the ground.

VP-46 celebrated its 75th Anniversary while deployed to the Western Pacific and the Middle East in July 2006. The squadron was scattered across five different detachment sites, where they all performed at a high operational tempo. In 2008, the Grey Knights returned to the Persian Gulf. Squadron personnel were deployed across two continents, while also augmenting deployed squadron in the Pacific Theater. From the Horn of Africa the Grey Knights conducted reconnaissance and patrol of the Gulf of Oman. From the Persian Gulf, the Oldest and the Best flew in support of Operations Iraqi and Enduring Freedom.

The Grey Knights once again returned to the 5th Fleet AOR for their 2010 deployment. During this time, the squadron was split between two main sites, Al Udeid, Qatar and Sheik Isa, Bahrain, while also augmenting squadrons deployed to Pacific AOR. VP-46 was the first Navy squadron deployed to Isa Air Base, Bahrain and helped transform an expeditionary site into a logistical operating hub. During their deployment, the Grey Knights flew over 6500 hours between three sites in support of Operations Iraqi Freedom, Enduring Freedom, and New Dawn. VP-46 made history as the only P-3C squadron to be on station for both the beginning of 2003’s “Shock and Awe” campaign, as well as the end of Operation Iraqi Freedom.

The Grey Knights were selected to return to the 7th Fleet AOR for the first time in seven years to serve alongside the War Eagles of Patrol Squadron SIXTEEN (VP-16) during its inaugural deployment with the new Boeing P-8A Poseidon aircraft. VP-46 assumed Commander Task Group 72.4 in December 2013, showcasing cutting edge technology for Command, Control, Communications, and Computers for Anti-Submarine Warfare (C4ASW). The Grey Knights executed over 3,350 flight hours from 19 detachments throughout the 7th Fleet AOR, earning a 96% mission completion rate. The Grey Knights were the first DOD asset on scene to assist the Government of Malaysia with its search for Malaysian Airlines Flight MH370 after the Boeing 777 disappeared in early March 2014.

VP-46 also reached a new milestone with our Pacific Fleet safety record, achieving 50 years and 335,000 hours of mishap-free flying. A critical component to this achievement is the Grey Knights stellar maintenance team, which won its second consecutive Golden Wrench Award for 2013. As 2014 draws to a close, VP-46 stands to earn its third consecutive Golden Wrench Award due to its performance in the Seventh Fleet Area of Responsibility and outstanding performances in recent maintenance inspections. Since returning home from deployment in July 2014, the Grey Knights have been dispatched on detachment to NAS Kaneohe Bay, Hawaii, and Elmendorf Air Force Base, Alaska in support of ongoing operations.

303d Fighter Squadron K C Hawgs A-10 Fly with the K.C.Hawgs of the 303d FS in the Whiteman Air Force Base. Each model is carved from wood and hand painted to provide a piece you’ll love. 18 inches History The … Read More 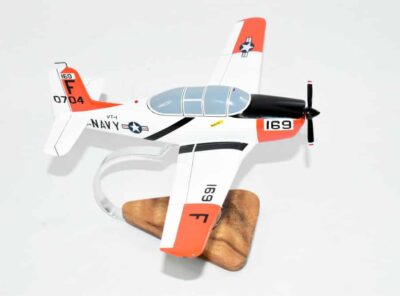