Capture your first flight in a VP-42 P2V7 with a beautifully carved and painted replica that you can proudly display anywhere.  Each model is carefully crafted from wood and meticulously painted.  Size:18 inches 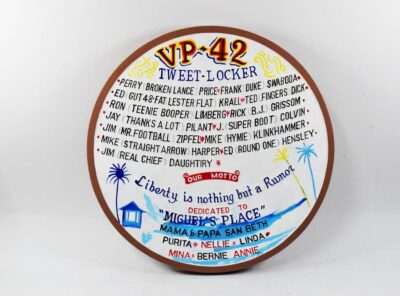 A hand crafted 14 inch plaque of the VP-42 Sea Demons ‘Tweet Locker’. Each plaque is carved from Mahogany and handpainted to provide a piece you’ll love! 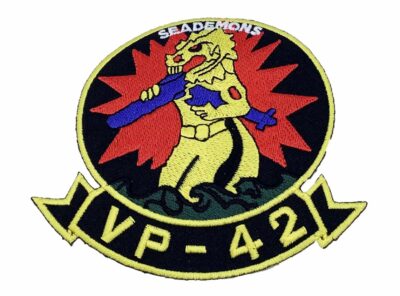 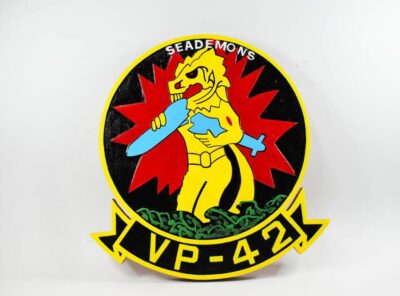 VP-42 Sea Demons Plaque A hand crafted 14 inch plaque of the VP-42 Sea Demons. Each plaque is carved from Mahogany and handpainted to provide a piece you’ll love! VP-42 was a Patrol Squadron of the U.S. Navy. The squadron … Read More