Capture your first flight in a VP-31 P-3c with a beautifully carved and painted replica that you can proudly display anywhere.   Paint scheme matches BUNO 159503 flown circa 1980.  Each model is carefully crafted from wood and meticulously painted.

VP-31, Patrol Squadron 31 was a maritime patrol squadron of the United States Navy. It was established on 30 June 1960 to train replacement aircrew and maintenance personnel. It was disestablished on 1 November 1993.

The primary mission of the squadron was training replacement aircrew and maintenance personnel for all Pacific Fleet patrol squadrons, administrative control of the sonobuoy buildup shop and all class D maintenance for all patrol squadrons on North Island. Limited training was begun soon after the squadron’s establishment, but it was not until the fall of 1960 that a complete staff of 20 officers and 300 enlisted personnel were engaged in full-scale training operations with an inventory of two Lockheed Neptune P2V-5FS aircraft, two P2V-7S, and one Douglas R5D Skymaster.

The only insignia for VP-31 was approved on 25 July 1962, and was selected to represent the ASW training program used to educate patrol of FAW-14. The central figure of the design was a submarine at the focal point of four beams from on high. Above the submarine was a magic lamp from which issued a wisp of smoke. The lamp signified the squadron’s original nickname, the Genies. The design was circular, with a scroll at the bottom containing the designation Patrol Squadron Thirty One. Colors: outline of design, lamp and beams, silver and gold; lamp and submarine trim, red; central portion of beams, cream; background of design and submarine, deep blue. The squadron’s nickname was Genies from 1962–1971 and Black Lightnings from 1971–1993. 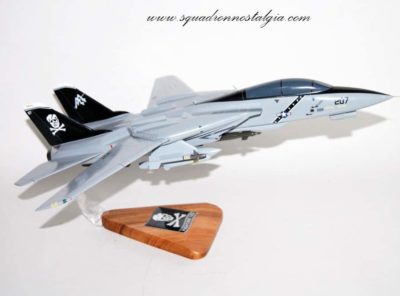 VP-92 Minutemen (404) P-3c Model An 18 inch wooden P-3 Orion of the VP-92 Minutemen.  Each model is carefully carved and painted to provide a perfect heirloom piece that you will be proud to display! VP-92, Patrol Squadron 92 is … Read More