VP-30 was established on 30 June 1960 at NAS Jacksonville Florida under the operational control of FAW-11. The squadron was organized to be a replacement Anti-submarine warfare (ASW) squadron, providing a continuous flow of operationally qualified pilots, aircrew and maintenance personnel to fleet patrol squadrons. Detachment Alpha was established at NAS Norfolk, Virginia, to train personnel on the P-5M Marlin seaplane. The NAS Jacksonville unit provided training in the P-2V Neptune. The squadron had an initial complement of 40 officers, 271 enlisted personnel, five P5M seaplanes and 13 P2V aircraft (seven P2V-5FS and six P2V-7S).

VP-30’s mission is to provide   P-3C Orion and   P-8A Poseidon-specific training to Naval Aviators, Naval Flight Officers, and enlisted Naval Aircrewmen prior to reporting to the fleet.

With the consolidation of VP-30 and VP-31 into a single-site FRS in 1993, VP-30 is now the largest aviation squadron in the U.S. Navy and is considered an “aviation major command,” with a commanding officer in the rank of Captain who has held previous command of an operational fleet P-3 or P-8 squadron. 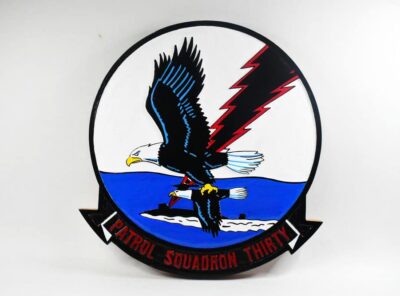 VP-30 “Pro’s Nest” Plaque Add all your squadrons to the goat lockers with this 14 inch solid wood plaque of the VP-30 Pro’s Nest. The use of naval aviation insignia is a modern form of heraldry that dates back to … Read More 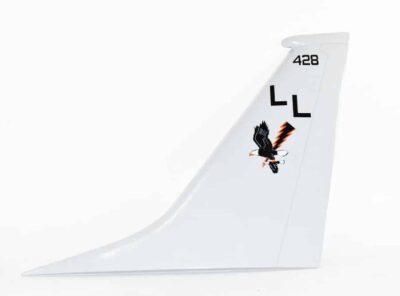 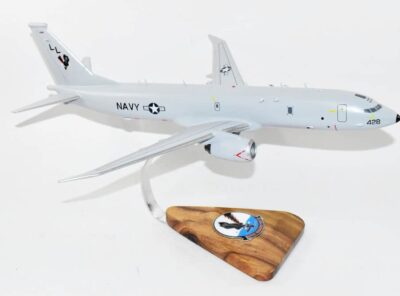 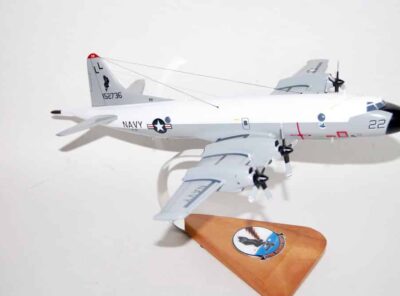