Patrol Squadron 11 is a former United States Navy patrol squadron. VP-11 was formally established on 1 July 1941, flying the PBY-1 and operating from NAS Kaneohe, Hawaii. During the attack on Pearl Harbor the majority of the squadron’s aircraft were destroyed or damaged beyond repair. Losses were replaced in April 1942 with new PBY-5 seaplanes. VP-11 crews operated throughout the Western Pacific, and from September 1943 through the end of the war, they flew the Consolidated PBY Catalina flying boats as part of the famed Black Cat operations. On 1 October 1944 they were redesignated VPB-11 and disestablished on 20 June 1945, following the war. On 15 May 1952, VP-11 was re-established at NAS Quonset Point, Rhode Island; flying the Consolidated PB4Y-2 Privateer and later the Lockheed P2V-5 Neptune. In 1954 they moved to NAS Brunswick, Maine; and in 1968 were equipped with the Lockheed P-3 Orion aircraft. VP-11 was disestablished on 2 August 1997 in ceremonies held at NAS Brunswick, Maine. 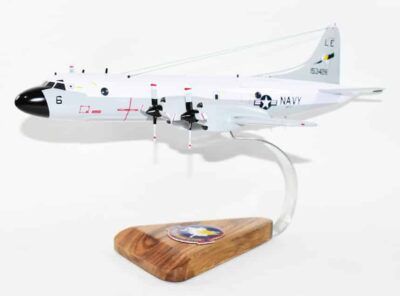 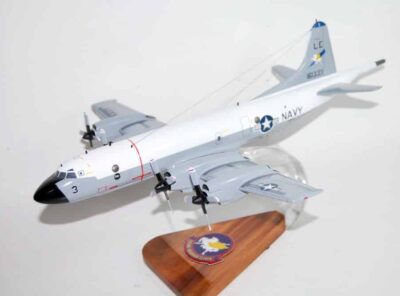 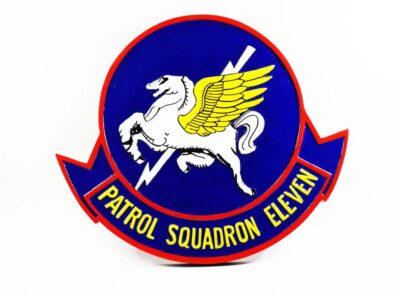 VP-11 Proud Pegasus Plaque A 14 inch solid wood and meticulously carved plaque of the VP-11 Proud Pegasus.   We can recreate any logo and personalize as you see fit. Patrol Squadron 11 is a former United States Navy patrol squadron. … Read More 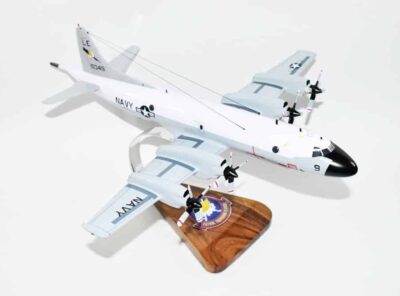 VP-11 Proud Pegasus (1979) P-3B Model Relive flying with the VP-11 Proud Pegasus in this classic P-3B model.  You’ll be proud to display this all wood model!  Each model is carefully crafted from wood by artisans. Length: 18 inches Wingspan: … Read More 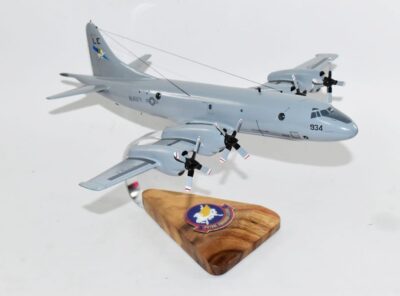 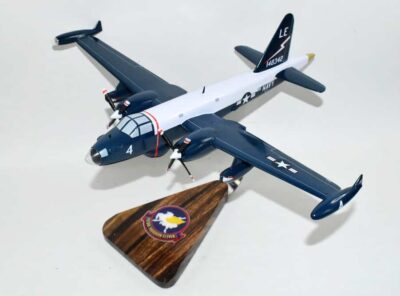