4.5 inch patch
Marine Scout-Bomber Squadron 341 (VMSB-341) was a dive bomber squadron in the United States Marine Corps. The squadron, also known as the “Torrid Turtles”, fought in World War II with Marine Aircraft Group 24, most notably in the Philippines campaign (1944–45). They were deactivated shortly after the end of the war on September 13, 1945. 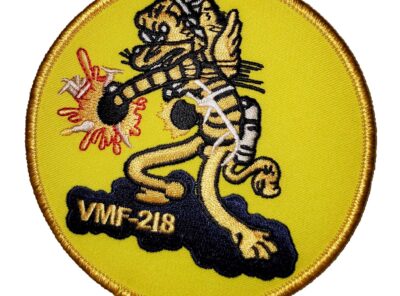 Marine Fighting Squadron 218 (VMF-218) was a reserve fighter squadron of the United States Marine Corps that was originally activated during World War II. Known as the “Hellions”, they flew throughout the South Pacific but saw the majority of their … Read More 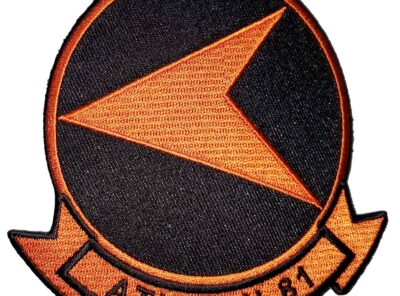 VA-81 Sunliners Squadron Patch – No Hook and Loop 4 inch patch Fly with the Sunliners of VA-81 in this handcrafted A-4c with 1973 markings. Each model is carefully carved from wood and hand painted to provide a piece you’ll … Read More