Marine Observation Squadron 8
VMO-8
Marine Observation Squadron 8 was activated 28 December 1944 at Quantico, VA. After a short training period, the squadron departed for the West Coast, arriving at San Diego on 6 March 1945. VMO-8 departed 25 March for Guam, arriving 13 April. The squadron was attached to Marine Aircraft Group 21, but placed under the operational control of V Amphibious Corps. VMO-8 flew spotting missions for V Amphibious Corps Artillery up to the end of the war. VMO-8 was deactivated 30 November 1945 at San Diego.

VMO-8 was reactivated during 1968 at Los Alamitos, CA and assigned to MAG-46, 4th MAW. The new squadron was equipped with the OV-10A “Bronco”. 1970 saw VMO-8 relocate to El Toro, where it would operate for the next six years.

In 1976, the decision was made to relocate VMO-4 from Detroit to Atlanta, and to deactivate VMO-8. VMO-8 was officially deactivated 1 August 1976.

Be the first to review “VMO-8 Squadron Patch – Sew On” 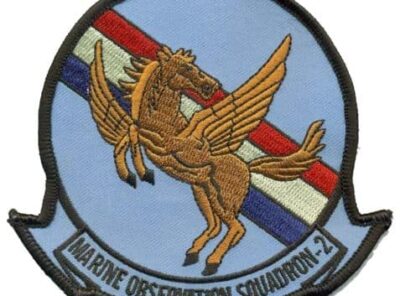 VMO-2 1977 Squadron Patch –Sew On A 4 inch squadron patch of the VMO-2 1977. Marine Observation Squadron 2 (VMO-2) was an observation squadron of the United States Marine Corps which saw extensive action during World War II and the … Read More 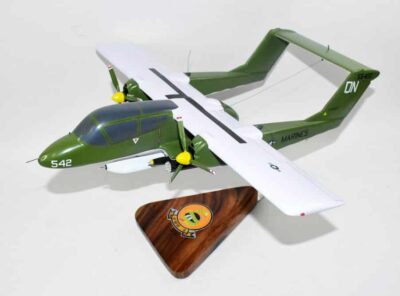 VMO-8 1976 OV-10A Model Fly with the VMO-8 1976 in this handcrafted OV-10A Model. Each piece is carved from wood and painted to provide a one of kind piece. Our pieces seek to recreate memories of these glorious aircraft. Length … Read More 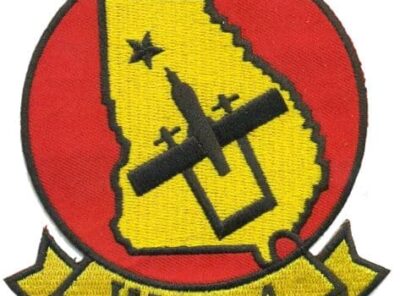 VMO-4 Georgia Squadron Patch –Sew On A 4 inch squadron patch of the VMO-4 Georgia. Marine Observation Squadron 4 VMO-4, Evil Eyes was formed during WWII after which was deactivated on October 21, 1945. Reactivated on September 1, 1962, the … Read More