History
Global War on Terror
Following the September 11, 2001 attacks, 62 reservists were activated in order to support Operation Enduring Freedom on January 28, 2002. The activated reservists along with numerous active duty Marines from MAG-49 Detachment B were consolidated to create a Detachment A (Det A). This detachment would be part of the 2nd Marine Aircraft Wing and would be accompanied by four VMGR-452 aircraft. They supported operations in the Mediterranean, Horn of Africa, and the Middle East. The primary mission was to support the 22nd, 24th, and 26th Marine Expeditionary Units.

On 14 January 2003, the squadron was once again called up to support Operation Iraqi Freedom. The remainder of the reserves were activated for this operation. Seven aircraft along with pilots, aircrew, and support Marines went to Bahrain to join two other KC130 squadrons. These squadrons were VMGR-234 and VMGR-352. The three squadrons would join to create the Hercules Air Group (HAG). While being a part of the HAG, VMGR-452 supported Operation Southern Watch by doing aerial refueling for aircraft patrolling the southern no-fly zone. Once Operation Iraqi Freedom commenced, the squadron transported over 3 million pounds of cargo, distributed over 3.5 million pounds of fuel in aerial refueling, over 1 million pounds of fuel for Rapid Ground Refuelers (RGRs), transported over 3,000 pax, and flew 632 sorties consisting of 1371.0 hrs. VMGR-452 also contributed in medical evacuations, and helped transport the seven prisoners-of-war out of harm’s way.

2017 Crash
On 10 July 2017, one of VMGR-452’s KC-130T aircraft took off from Marine Corps Air Station Cherry Point, North Carolina, and crashed later that afternoon in Mississippi, killing all 16 personnel onboard. 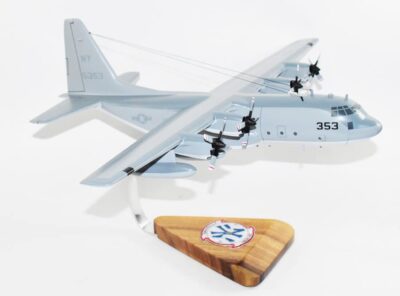 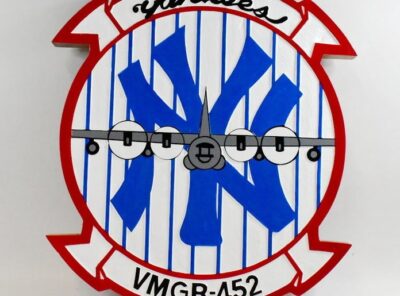 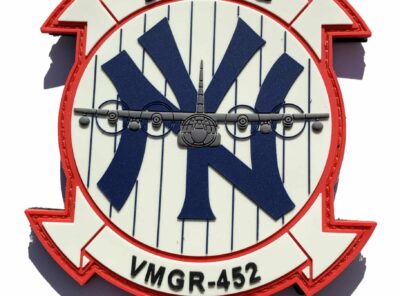 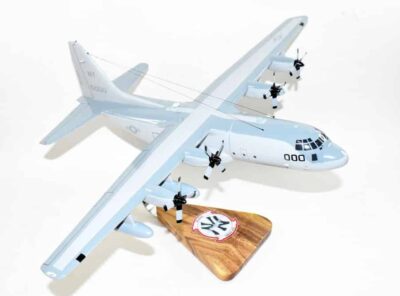 VMGR-452 Yankees KC-130 Model (000) Fly with the Yankees of VMGR-452 in the KC-130T. Each piece is carefully carved from wood and hand-painted to provide a piece you’ll love. 18 inches History Global War on Terror Following the September 11, … Read More 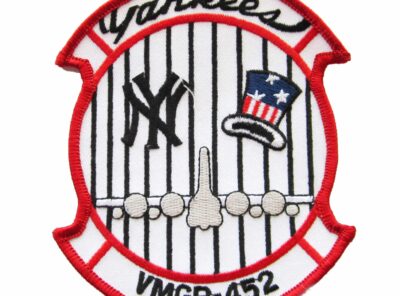 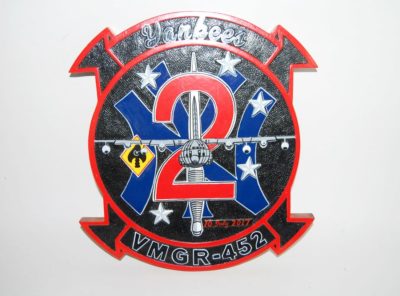 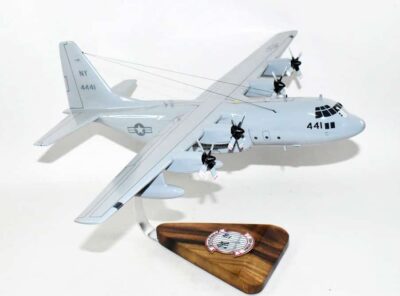