Since its formation as Marine Utility Squadron 352 (VMJ-352) at MCAS Cherry Point, North Carolina on 1 April 1943 to its current designation as Marine Aerial Refueler Transport Squadron 352 at MCAS Miramar, California, the “Raiders” have an illustrious history supporting the Fleet Marine Forces worldwide. The squadron was originally assigned the Douglas R4D Skytrain aircraft, which it retained until its redesignation as Marine Transport Squadron 352 (VMR-352) in June 1944. The squadron began receiving the four-engine Douglas R5D Skymaster and moved to MCAS Ewa, Hawaii in February 1945, where it remained until 1949. Based in Hawaii, the squadron conducted training and provided operational support in the Pacific Theater and was assigned to the Commander of Military Air Transport Service in support of the Berlin Airlift in 1948-1949.

After moving to MCAS El Toro, California in December 1949, the squadron was called upon to support operations associated with the Korean conflict. For the remainder of the 1950s, the unit once more conducted peacetime training and provided worldwide support to the Fleet Marine Forces.

In March 1961, the squadron’s mission was extended to include aerial refueling with the arrival of the KC-130 Hercules. The squadron was redesignated as Marine Aerial Refueler Transport Squadron 352 (VMGR-352). The squadron conducted its first TRANSPAC operation in January 1962, moving 18 F-8U’s of VMF-451 from MCAS El Toro to MCAS Iwakuni, Japan.

The Raiders’ rapid response capability and versatile aircraft were called upon during the Cuban Missile Crisis in 1962 and again during the Dominican Republic Crisis in 1965. In June 1965, VMGR-352 deployed elements of the squadron to support combat operations in the Republic of Vietnam, and continued to do so until October 1972.

From 1970 to 1980, VMGR-352 primarily supported TRANSPAC movements, deploying seven months of the year and operating between MCAS El Toro and MCAS Iwakuni. By the late 1980s, the squadron expanded its tactical role with its integration into Marine Expeditionary Unit (Special Operations Capable) (MEU (SOC)) operations.

From August 1990 to March 1991, a seven-plane detachment from the squadron, VMGR-352 (FWD) was ordered to the Persian Gulf in support of Operations Desert Shield and Desert Storm. During the seven-month period, VMGR-352 (FWD) flew 1,144 combat sorties and over 2,500 combat flight hours, transported over 10 million pounds of cargo, 8,578 combat troops, and dispensed over 29.1 million pounds of fuel to 4,866 receivers.

The squadron supported various operations on the African continent in the 1990s. In December 1992, VMGR-352 deployed a detachment of eight KC-130s to Somalia and Kenya in support of Operation Restore Hope. This was the largest single deployment for the squadron in its history to that time. From March to June 1994, VMGR-352 sent another detachment of four aircraft to Africa as part of the 11th MEU (SOC) in support of Operation Continue Hope. During the period, the “Raiders” participated in Operation Distant Runner, providing for the safe evacuation of American citizens from Rwanda upon the outbreak of civil war. During February and March of 1998, VMGR-352 provided two aircraft to Kenya as part of Operation Noble Response, a United Nations humanitarian relief effort, and conducted aerial delivery of food supplies.

On 15 April 1999 VMGR-352 relocated from MCAS El Toro, CA to MCAS Miramar, CA, while continuing to support Operation Northern Watch. While there, the Raiders assisted the humanitarian effort after the tragic 1999 earthquakes in Turkey. In February 2000, VMGR-352 supported Operation Southern Watch, providing fixed-wing aerial refueling in defense of the Southern Iraq No-Fly Zone.

Following events of September 11, 2001, the Raiders began their contributions to the Global War on Terror. VMGR-352 deployed four airplanes from October 2001 through January 2002, combining forces with VMGR-252 and VMGR-234 to play a pivotal role in the commencement of Operation Enduring Freedom. Missions included night assault landings to unimproved desert strips, helicopter aerial refueling, logistics, and extensive resupply of fuel. With contingencies looming on the horizon in Iraq, the Raiders focused the rest of 2002 on training, producing the first fully night-systems-qualified VMGR-352 crew on September 10, 2002.

In January 2003 the Raiders once again deployed to the Middle East, joining forces with VMGR-234 and VMGR-452 to form Marine Aerial Refueler Transport Squadron Deployed Forces Bahrain. The Raiders sent nine planes to the combined squadron, which fielded a total of twenty-four aircraft. The squadron supported Operations Enduring Freedom and Southern Watch until 20 March 2003, when Operation Iraqi Freedom commenced. The Raiders played a key role in the success of I MEF’s contribution to the defeat of Saddam Hussein’s regime.

In February 2004, the Raiders supplied a year-long detachment, ranging between two and four aircraft in strength, in support of Operation Iraqi Freedom II. The conclusion of this detachment represented the longest continuous forward-deployed detachment in VMGR-352’s history to that point. In January of 2005, with less than 96 hours notice, the Raiders deployed a two-plane detachment to Southeast Asia in support of Operation Unified Assistance, which provided desperately-needed humanitarian assistance to tsunami victims. The detachment operated out of Utapao, Thailand providing aerial delivery of critically needed supplies and cargo for tsunami victims. In March 2005, upon retrograde from Operation Iraqi Freedom II, the squadron began its full conversion to the KC-130J model. Despite numerous challenges and obstacles, the squadron transitioned its entire fleet to the new J model by Fiscal Year 2007.

February 2006 marked the beginning of a new era, with the first combat deployment by VMGR-352 of three J model aircraft to support Operation Iraqi Freedom 05-07. Combined with three J model aircraft from VMGR-252, the Raiders once again commenced a continuous detachment of three aircraft operating from Al Asad, Iraq. In April 2009, the Raiders were once again called upon to support Operation Enduring Freedom, relocating two aircraft from Iraq to Kandahar, Afghanistan. One aircraft remained to support OIF until August 2009, marking three and a half years of continuously deployed support in Iraq. At year’s end, VMGR-352 crews will be approaching four years of continuous deployment in support of combat operations in the Global War on Terror.

The Raiders have aggressively sought to attain the maximum opportunity from every challenge placed in their path. The dedication and selfless devotion to duty by the Marines and sailors of VMGR-352 has demonstrated, time and again, their skill at supporting any mission assigned, regardless of location, difficulty, or brevity of notification. The numerous deployments undertaken during the Raiders’ history has enabled the squadron to increase their military prowess while honing the support they provide to the Marine Corps and the Department of Defense.

VMGR-352 has raised the standard of excellence for KC-130 squadrons throughout the Marine Corps. Through innovative management tools, forward reaching initiatives, and unparalleled mission success, the Raiders have proven themselves a truly superior squadron, a squadron worth emulating. A focused training program, an innovative approach to safety, a committed Maintenance Department, and a “Can Do” attitude by all Marines in VMGR-352 make this squadron eminently qualified to tackle any challenges the future may hold. 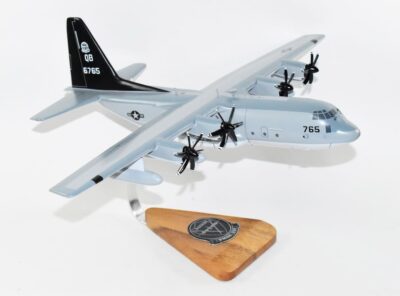 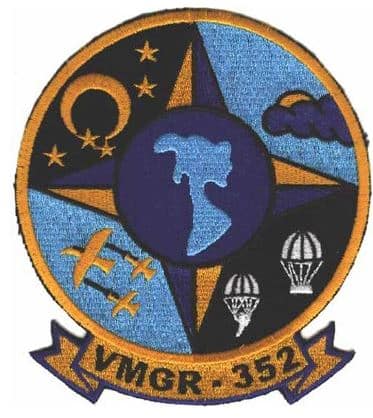 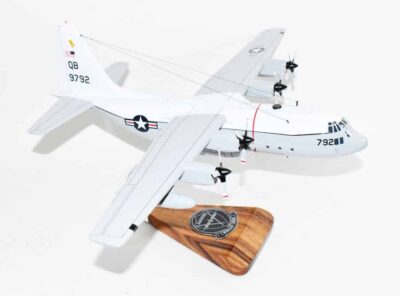 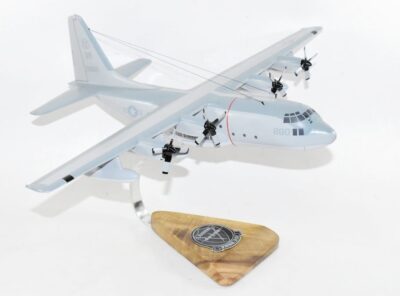 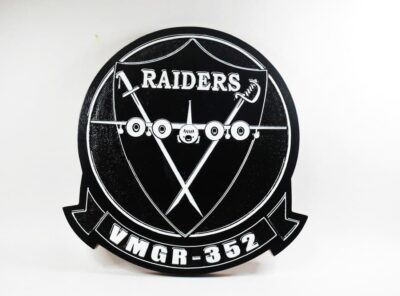