Fly with the Eyes of the Corps of VMFP-3 in this handcrafted RF-4b model. Each model is carefully carved from wood and hand painted to provide a piece you’ll love!

Photo and electronic reconnaissance had previously been conducted by three Marine Composite Reconnaissance Squadrons (VMCJ-1, 2, 3) located at MCAS Iwakuni (Japan), MCAS Cherry Point, and MCAS El Toro, respectively. These squadrons, (each flying RF-4Bs and EA-6As) were consolidated into two squadrons- VMAQ-2 at MCAS Cherry Point operating all the EA-6s, and VMFP-3 operating all the RF-4Bs. Each squadron would deploy detachments to Iwakuni to fly missions previously flown by VMCJ-1.

Overseas detachments, in addition to supporting FMF operations, continued the 7th fleet support started by VMCJ-1 in 1974. RF-4Bs of VMFP-3 were permanently deployed aboard the aircraft carrier USS Midway (CV-41) from 1975 to 1984. A six-plane detachment operated as part of Carrier Air Wing Five, although retaining their own tail code “RF”. 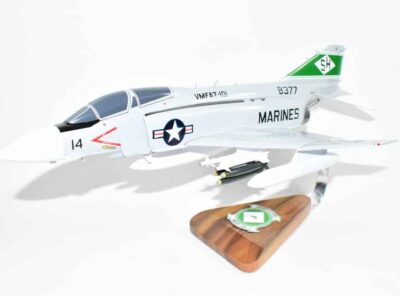 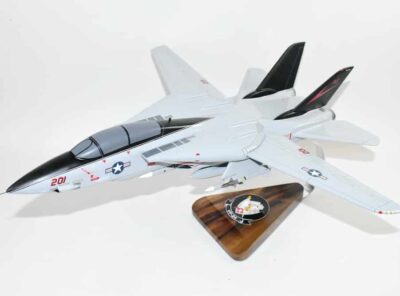 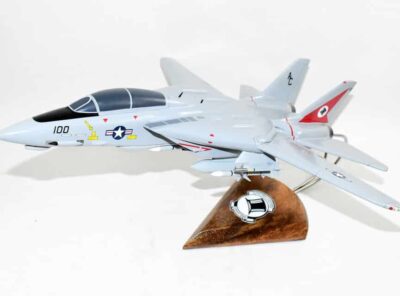