Strike Fighter Squadron 143 (VFA-143), also known as the “Pukin Dogs,” is a United States Navy strike fighter squadron based at Naval Air Station Oceana, Virginia. The Pukin Dogs are an operational fleet squadron and flying the F/A-18E Super Hornet. They are currently attached to Carrier Air Wing Seven and USS Abraham Lincoln. They are currently at their homeport of NAS Oceana. Their radio callsign is Taproom.

Insignia and nickname
The squadron adopted its current insignia in 1953, a winged black lion on a blue shield. The distinctive squadron name “Pukin’ Dogs” came about when the squadron commander’s wife saw the creature’s droopy head and gaping mouth design. She stated, in front of the squadron pilots, that it looked like a “pukin’ dog.” The pilots loved that, and the name stuck.[2] In the aftermath of the Tailhook scandal in 1991, the squadron was forced to officially rename itself the “Dogs”. This official banishment was widely ignored until Admiral John Mazach, Commander, Naval Air Force U.S. Atlantic Fleet, rescinded the policy in a 1996 speech to the squadron. 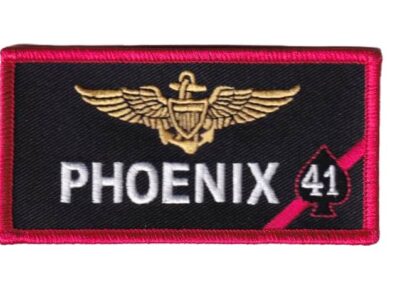 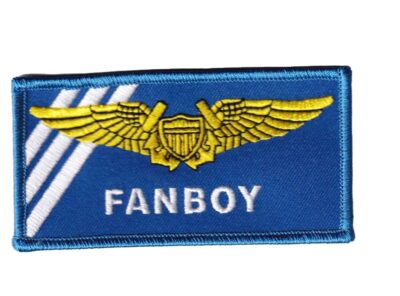 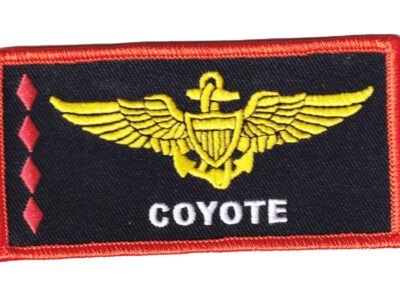 Coyote from Maverick!  Be sure to collect them all

Coyote from Maverick!  Be sure to collect them all 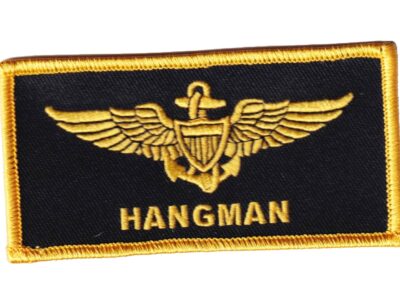