The original VF-103 squadron insignia was a cloverleaf, and the aircraft tailfins had a horizontal yellow arrow outlined in black. Later a stylized aircraft darting through the leaf was added, along with a baseball bat. The baseball stemmed from an early skipper who often carried one with him. In 1991, VF-103’s aircraft used the squadron insignia for tail-art, in place of the bold arrow. When the Sluggers became the Jolly Rogers following the disestablishment of VF-84, they adopted the famous white skull-and-crossbones. 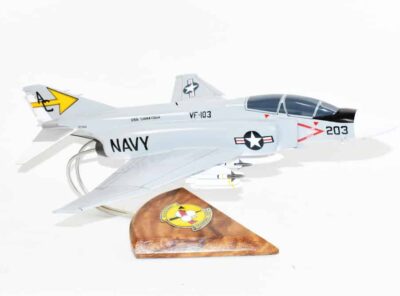 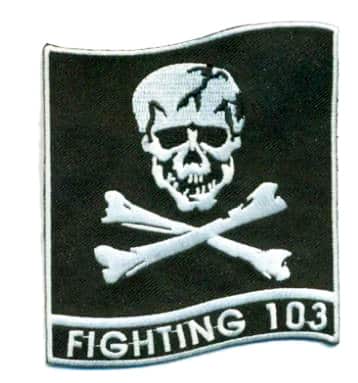 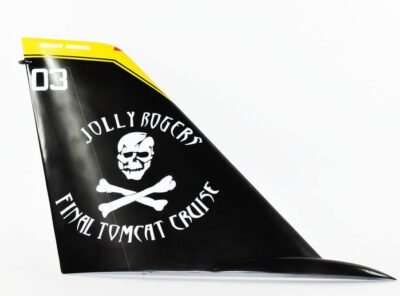 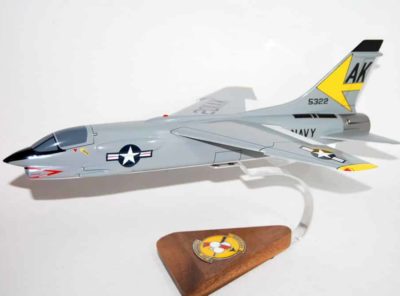 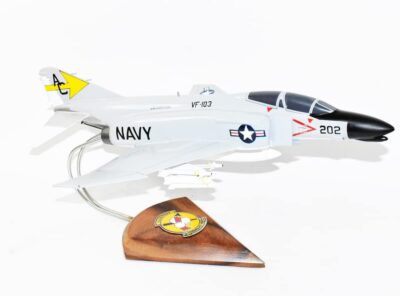 Fly off of the USS Saratoga again with the VF-103 Sluggers in this 18 inch F-4b model. Each model is carefully carved from wood and hand painted to provide a unique treasure you’ll enjoy. 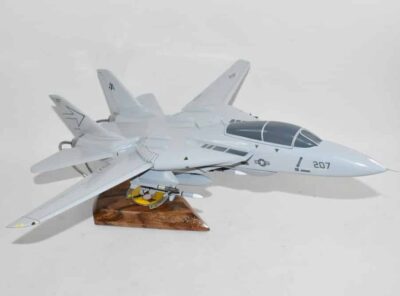 VF-103 Sluggers F-14a (1991) Model Fly with the VF-103 Sluggers in this handcrafted F-14a Model.  Each piece is carved from wood and painted to provide a one of kind piece.   Our pieces seek to recreate memories of these glorious aircraft. … Read More 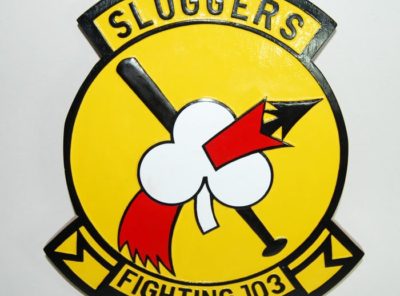 VF-103 Sluggers Plaque Proudly show your Naval Aviation lineage with the VF-103 Sluggers plaque.  Each piece is carefully carved from wood and then hand painted to provide a piece you can display with pride.  Size: 14 inches The use of … Read More