A 4″ with Plastic Backing/Sew On Squadron Patch of the VC-13 Saints.

A 4″ with Plastic Backing/Sew On Squadron Patch of the VC-13 Saints.

History
Fleet Composite Squadron Thirteen (VC-13) was established on 1 September 1973[1] at NAS New Orleans, Louisiana when the US Navy reorganized the US Naval Reserve and the Naval Air Reserve Force (NAVAIRESFOR). The squadron first flew the F-8 Crusader, and had 17 officers and 127 enlisted men within its ranks, most were former members of VSF-76 and VSF-86. In April 1974, they made the transition to the A-4 Skyhawk.[citation needed]

1970s
The demand for West Coast adversary squadrons and other fleet support missions resulted in the squadron relocating to NAS Miramar, California in February 1976. In mid-1976, VC-13 added the two seat TA-4J to the single seat A-4L in their aircraft complement.[citation needed]

1980s
In 1988, the squadron returned to strictly single-seat aircraft when they transitioned to the A-4E, and in 1989 they upgraded to the more powerful A-4F.

On 22 Apr 1988, the squadron was re-designated Fighter Composite Squadron Thirteen (VFC-13)[1] and briefly transitioned to the F/A-18 Hornet during 1992-93, which further enhanced the squadron’s ability to perform its adversary mission by providing an even more capable and realistic threat aircraft. When Base Realignment and Closure (BRAC) action resulted in the transfer of NAS Miramar back to the US Marine Corps and its redesignation as MCAS Miramar, the Navy relocated the Naval Fighter Weapons School, or TOPGUN, to NAS Fallon, Nevada as part of the Naval Strike and Air Warfare Center.[citation needed]

1990s
VFC-13 transferred to NAS Fallon in April 1996 and also made the transition to F-5E Tiger IIs.[citation needed]

The unit’s mix of 23 F-5E, F-5F and F-5N aircraft are all painted in a variety of colorful adversary schemes of blue, gray, or brown camouflage.[citation needed]

2000s
In January 2005, VFC-13 established a permanent detachment of 12 aircraft at NAS Key West, Florida for East Coast training. Subsequently, in late 2006, the VFC-13 Key West detachment was re-designated as a separate squadron, VFC-111, with an assignment of one F-5F and 17 F-5N. In parallel, the eleven aircraft strength of VFC-13 at NAS Fallon was increased to 14 F-5s.[citation needed]

VFC-13 provides adversary training for Navy and Marine Corps Active and Reserve fleet and replacement squadrons, carrier air wings and Marine aircraft groups, USAF units, to include Air Force Reserve and Air National Guard, and Canadian Forces. The squadron has received two consecutive CNO Safety Awards, the Golden Wrench Maintenance Award, and in 1994, the Battle “E” award.
Personnel
The squadron is manned with 69 Navy personnel including 33 enlisted and 36 officers. The 33 enlisted personnel provide critical operations, administrative, safety and training support to the squadron. Maintenance support is for the F-5N and is provided by civilians who work for Sikorsky Aircraft. The 40-member officer wardroom includes 25 Selected Reserve (SELRES), 5 Regular Navy and 10 Full Time Support (FTS) officers. These three elements combine to fly over 4,000 adversary sorties per year in support of US Navy Fighter squadrons and their air wings, as well as USAF, USMC and Canadian Forces. 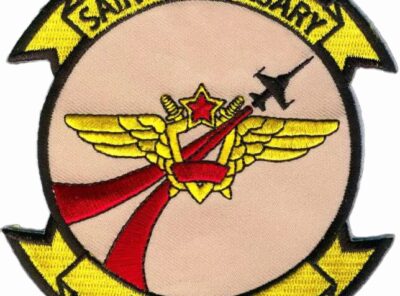 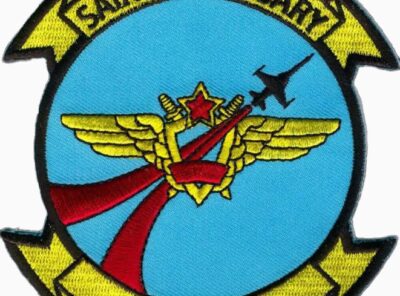 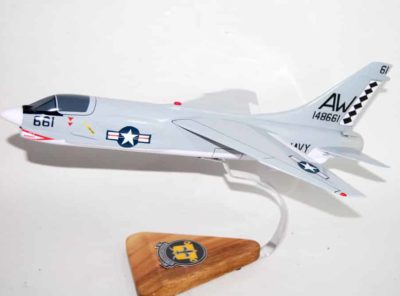