VAH-21, nicknamed the Roadrunners, was a short-lived Heavy Attack Squadron of the U.S. Navy, based at Naval Station Sangley Point, Philippines. The squadron flew the specialized AP-2H version of the Lockheed P-2 Neptune aircraft, of which four examples were converted from standard SP-2H airframes.

Operations
The squadron was established on 1 September 1968, as the first squadron in the Navy with a night interdiction mission using new electronic surveillance equipment. Its mission was to interdict logistics moving over land or sea. A detachment of VAH-21 was immediately established at a Navy facility associated with Cam Ranh Air Base, South Vietnam. The detachment had been a Naval Air Test Center Project TRIM Detachment (TRIM: Trails Roads Interdiction Multi-sensor) prior to becoming a VAH-21 detachment. VAH-21 was disestablished on 16 June 1969 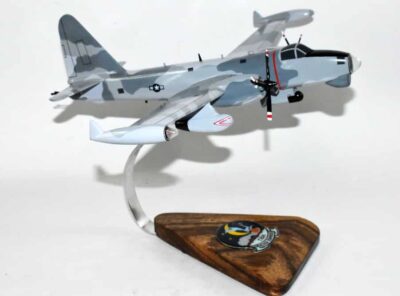