22 March 1952: During a bombing run on a rail line north of Kowon, Korea, Ensign K. A. Schechter was wounded when an enemy shell struck the canopy of his AD Skyraider and exploded. He was blinded by the blood from the wound causing him to maneuver erractically. Lieutenant (jg) J. H. Thayer, heard Ensign Schechter’s call for assistance and observing his erratic maneuvering, flew alongside and began giving radio instructions to the blinded pilot. Using Lieutenant Thayer’s radio guidance, Ensign Schechter flew his plane to an emergency air strip and successfully landed the aircraft.

February 1955: In January 1955, the People’s Republic of China began bombardment of the Tachen Islands held by Nationalist China. In February squadron aircraft provided air cover during the evacuation of Chinese Nationalist military and civilian personnel from the islands.

August–October 1964: The squadron was involved in operations off the coast of Vietnam following the Tonkin Gulf Incident.

21 August 1967: The squadron’s commanding officer, Commander L. T. Profilet and his NFO Lieutenant Commander W. M. Hardman, were shot down and taken prisoner during a mission over North Vietnam. They were released by North Vietnam and returned to the U.S. on 29 March 1973.

30 October 1967: Lieutenant Commander Charles B Hunter and his NFO conducted a single plane (A-6A INTRUDER) raid into Haiphong Harbor on a moonless night. Successfully striking their target they returned to USS Constellation (CV-64). LCDR Hunter was awarded the Navy Cross for his exemplary conduct of a combat mission. This mission was the basis for the movie “Flight of the Intruder” [3]

December 1971: Following the outbreak of war between India and Pakistan over East Pakistan (Bangladesh), USS Enterprise (CVN-65) was ordered to leave Yankee Station for operations in the Indian Ocean. The carrier, with VA-196 embarked, operated in the Bay of Bengal until the early part of January 1972 and cessation of hostilities.

October 1972: The squadron participated in Operation Linebacker, heavy air strikes against targets in North Vietnam to interdict the flow of supplies into South Vietnam.

April 1975: The squadron, along with other CVW-14 units, provided air cover support for Operation Frequent Wind, the evacuation of personnel from Saigon as it fell to the communists.

February 1977: During the crisis in Uganda and threats against Americans in that country, Enterprise, with VA- 196 embarked, operated off the coast of Kenya ready to evacuate Americans from Uganda.

April 1980: Coral Sea, with the squadron embarked, was part of the task force involved in supporting the Iranian hostage rescue attempt.

May 1980: Following civil unrest in South Korea, the squadron, embarked on Coral Sea, operated off the coast of that country.

August 1983: Due to the unsettled conditions in Central America, Coral Sea, with VA-196 embarked, operated off the coast of Nicaragua and also participated in surveillance for illegal drug traffic.

July 1987: Due to the increased attacks on merchant and tanker shipping in the Persian Gulf during the Iran/Iraqi War, the United States began to escort reflagged Kuwaiti oil tankers. During Operation Earnest Will, VA-196 provided air support for the first convoy of reflagged tankers passing through the Strait of Hormuz.

August 1990: Due to the invasion of Kuwait by Iraq, USS Independence, with VA-196 embarked, was ordered to the North Arabian Sea.

August – 2 October 1990: VA-196 flew sorties from Independence in support of Operation Desert Shield, the buildup of American and Allied forces to counter a threatened invasion of Saudi Arabia by Iraq.

2 October – 2 November 1990: On 2 October, Independence entered the Persian Gulf and operated in those waters for two days before returning to the Northern Arabian Sea. VA-196 continued flying sorties for operation Desert Shield until Independence was relieved on 2 November and departed for its return trip to the United States.

Home port assignments
The squadron was assigned to these home ports, effective on the dates shown 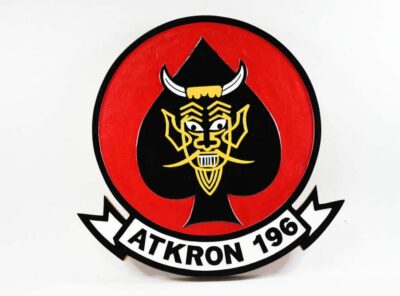 VA-196 Main Battery Plaque Proudly display this 14 inch wooden plaque of the VA-196 Main Battery.  Each plaque is carefully carved and painted by master craftsman.  This is perfect for the goat locker or office and will provide a perfect … Read More 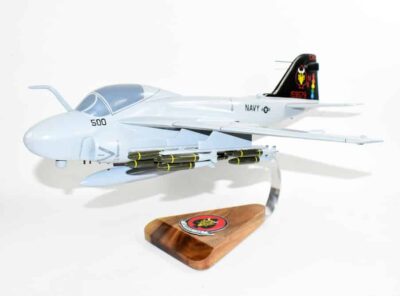 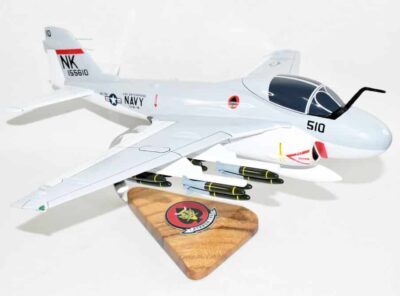 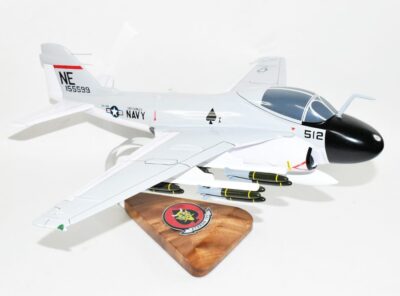 Fly with the VA-196 Main Battery USS Ranger 1969 in this handcrafted A-6A Model. Each model is carefully carved from wood and hand painted to provide unique piece you’ll love. 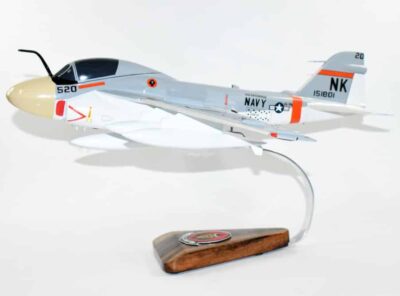 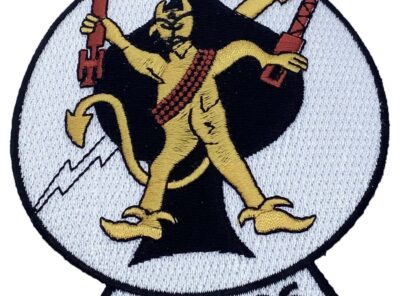