The squadron’s first insignia was approved by CNO on 25 June 1945. Colors for this insignia were: a grayish blue background outlined in black with a wide outer red ring; deep green ocean; black torpedo with a white skull face and white markings and gray streaks with black outlines and markings; the winged cherub was flesh color with white wings and eyes, black pupils and mouth, and a deep pink tongue; the cherub was wearing a deep green helmet and cream colored goggles with a black strap and black outlines. A new squadron insignia was approved by CNO on 17 September 1956. Colors for the globe and abstract wing design are: a black background; white globe with black lines; white stylized clock hands; gold stars and abstract wing design; gold scroll outlined in black with black lettering. Nickname: Arabs, 1950s–1979. Eagles, 1979-present

1 Jan–1 Feb 1943: A detachment of 6 aircraft from the squadron were sent to Kanton Island, in the Phoenix Islands, for antisubmarine defense and search missions.

Apr–Jul 1943: The squadron was landbased at Guadalcanal and participated in the Solomons (New Georgia) Campaign. They flew patrol, search, spotting, strike, and night minelaying missions against targets in the Solomon Islands.

5 May 1944: Squadron aircraft were involved in an antisubmarine attack off the coast of Hilo, Hawaii. The attack against the enemy submarine was assessed as probable by the squadron commander.

10 Oct 1944: The squadron participated in the first strikes against Okinawa, part of the opening of the Leyte Campaign.

25 Oct 1944: The Japanese Fleet, in three elements, converged on Leyte to oppose the landings. While 340 miles from Leyte, which was beyond the normal combat radius for World War II carrier aircraft, squadron aircraft were launched for a strike on the central element of the Japanese Fleet. Its TBMs arrived over the enemy fleet after it had broken off its engagement, the Battle Off Samar, with the American escort carriers and destroyers guarding the landing and supply ships. The TBMs struck the retiring Japanese Central Fleet, scoring hits on a battleship and two cruisers. All the squadron’s aircraft returned, completing a 600-mile round trip combat flight. For their actions during this engagement, the following squadron personnel were awarded the Navy Cross: Lieutenants Wilbur J. Engman, Melvin L. Tegge, and Thomas B. Adams and Lieutenant (jg)s Richard W. Russell, Lawrence E. Helmuth, John M. Davis and William Maier.

26 Oct 1944: Strikes continued against the Japanese Fleet and Lieutenant Leroy H. Grau was awarded the Navy Cross for a successful torpedo attack against a Japanese light cruiser.

Nov 1944: The squadron continued to provide support for the Occupation of Leyte, striking targets on Luzon.

Dec 1944: Squadron aircraft struck targets on Luzon in support of the landings on Mindoro.

18 Dec 1944: While operating east of the Philippines the task force was overtaken by an unusually severe typhoon causing the loss of three destroyers and damage to several other ships, including four light carriers.

Jan 1945: In early January, the squadron struck ships and targets on Formosa and Luzon in support of the landings in Lingayen Gulf, Luzon.

9–20 Jan 1945: The squadron participated in operations in the South China Sea, the first time an American Task Force had entered these waters since the beginning of the war. The squadron struck targets at Cam Ranh Bay and a convoy off Qui Nhon, French Indo-China; shipping at the Pescadores Island; and Hong Kong.

12–18 Sep 1950: The squadron participated in the pre-assault strikes against targets in and around Inchon, Korea, in preparation for the landings there on 15 September. During and after the invasion, the squadron continued to fly deep support missions into the areas surrounding Inchon, striking at targets of opportunity.

9 Nov 1950: The squadron’s first encounter with MiG-15s was during a mission against Sinuiju, Korea. All the aircraft returned safely to Philippine Sea. Dec 1950: The squadron provided close air support for American troops in the Chosen Reservoir area. Feb–Jul 1952: The squadron’s combat missions in Korea during this time period centered on rail interdiction, with some strikes against North Korean transportation, communication, industrial and supply facilities.

Feb 1955: The squadron flew air cover missions during the evacuation of over 26,000 personnel from Tachen Islands which had come under bombardment by the People’s Republic of China in January.

Aug–Sep 1958: The squadron was part of the task force that provided support to the Republic of China during the shelling of the Quemoy Island group by the Chinese Communists.

May–Jun 1964: During the Laotian crisis, the squadron flew Combat Air Patrol and Search and Rescue sorties over the country.

May–Oct 1972: The squadron participated in Linebacker I operations, heavy air strikes against targets in North Vietnam to interdict the flow of supplies.

Apr–May 1975: The squadron participated in Operation Frequent Wind, the evacuation of American personnel from Saigon, South Vietnam, as the country fell to the communists.

Aug–Sep 1976: The squadron operated near the Korean Peninsula following the murder of U.S. military personnel in the Korean DMZ by North Koreans.

Apr–May 1979: Midway, with VA-115 embarked, deployed to the Gulf of Aden to relieve Constellation (CV 64) and maintain a U.S. carrier presence following the outbreak of fighting between North and South Yemen and the fall of the Shah of Iran.

Oct 1979: As a response to anti-American demonstrations in Iran, Midway and its air wing, including VA-115, were ordered to deploy to the Indian Ocean for the second time in 1979.

Nov–Dec 1979: In response to the seizure of the American Embassy and its staff by an Iranian mob, Midway returned to the Arabian Sea.

May–Jun 1980: Following the massacre of several hundred people in the city of Kwangju, South Korea, the squadron operated from Midway off the coast of South Korea until the crisis subsided.

Dec 1981: Following unrest in South Korea the squadron operated from Midway off the coast of South Korea for several days.

29 Feb 1988: During an exercise in the Gulf of Siam, a squadron aircraft spotted a boatload of Vietnamese refugees, leading to their rescue by Midway (CV 41).

Sep 1988: During the Summer Olympics in Seoul, South Korea, the squadron was embarked on Midway and operating in the Sea of Japan to demonstrate U.S. support for a peaceful olympics.

Nov 1990–Jan 1991: The squadron flew missions in support of Operation Desert Shield, the build-up of American and Allied forces to counter a threatened invasion of Saudi Arabia by Iraq and were part of an economic blockade of Iraq to force its withdrawal from Kuwait. 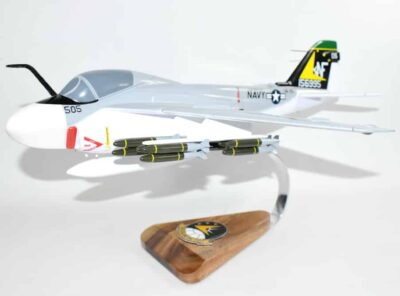 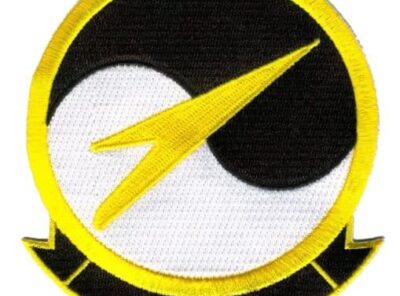 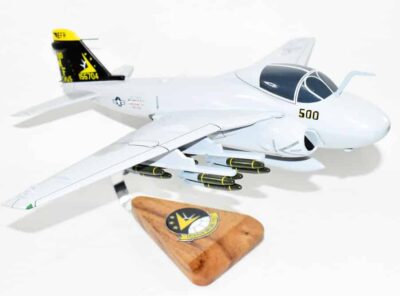 VA-115 Arabs A-6 (1989) Model Proudly display this 18 inch wooden model of the VA-115 Eagles A-6 Intruder.  Each model is carefully carved and painted by master craftsman.  This is perfect for the goat locker or office and will provide … Read More 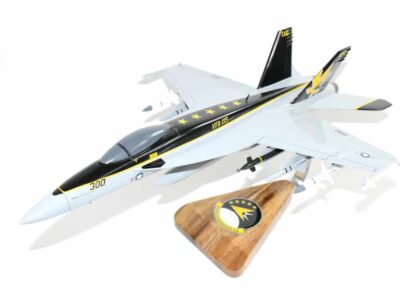 VFA-115 Eagles F/A-18E Model Capture launching off the carrier in this VFA-115 Eagles F/A-18 model. This 18 inch model is meticulously painted and carved and will provide you a piece you will love displaying. Length -18 inches Strike Fighter Squadron … Read More 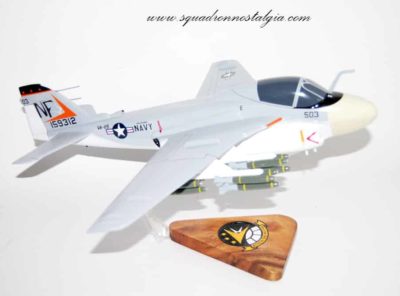 VA-115 Eagles A-6 (1980) Model Proudly display this 18 inch wooden model of the VA-115 Eagles A-6 Intruder.  Each model is carefully carved and painted by master craftsman.  This is perfect for the goat locker or office and will provide … Read More 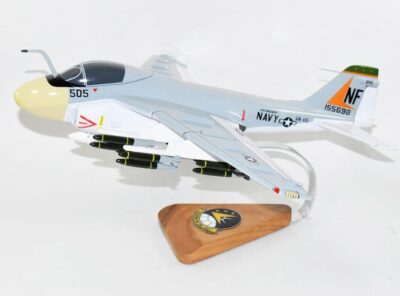 Fly with the VA-115 Arabs off the USS Midway in this handcrafted A-6 model.