A squadron patch of the USS Ohio SSGN-726 – Sew On

USS Ohio (SSBN-726/SSGN-726), the lead boat of her class of nuclear-powered fleet ballistic missile submarines, was the fourth vessel of the United States Navy to be named for the 17th state. She was commissioned with the hull designation of SSBN-726, and with her conversion to a guided missile submarine she was re-designated SSGN-726.

The contract to build her was awarded to the Electric Boat Division of General Dynamics Corporation in Groton, Connecticut on 1 July 1974 and her keel was laid down on 10 April 1976 by Mrs. Robert A. Taft, wife of Senator Taft. On 2 February 1978, the Precommissioning Unit was formed with Commander A. K. Thompson as its commanding officer. Ohio was launched on 7 April 1979 sponsored by Mrs. Annie Glenn, wife of Senator John H. Glenn.

In the summer of 1981, sea trials were held to test the equipment and systems, and the submarine was delivered to the U.S. Navy on 28 October 1981. On 11 November 1981, Ohio was commissioned. The principal speaker, Vice President George H. W. Bush, remarked to the 8000 assembled guests that the ship introduced a “new dimension in our nation’s strategic deterrence,” and Admiral Hyman G. Rickover noted that Ohio should “strike fear in the hearts of our enemies.” On that day, command of the two crews (designated Blue and Gold) of Ohio was assumed by Captain A. K. Thompson (Blue) and Captain A. F. Campbell (Gold).

Following Post Shakedown Availability at Electric Boat Division, Ohio left the Atlantic and transited to her new home port, Bangor, Washington, by way of Cape Canaveral – where she tested her missile launch systems – and the Panama Canal, arriving on 12 August 1982. During August and September 1982, the first loadout of Trident C-4 missiles and a predeployment refit were conducted. Ohio and her Blue Crew departed on the first Trident Submarine Strategic Deterrent Patrol in October 1982.

Following her conversion to a SSGN, Ohio rejoined the fleet on 7 February 2006. On 21 January 2007, the Gold Crew departed Naval Base Kitsap for Hawaii to conduct a forward-deployed crew exchange, the first such forward-deployed swap in approximately 20 years.[4] Ballistic submarines of Ohio’s class employ two crews, Blue and Gold, in order to facilitate continuous operation at sea, called “forward-presence” in USN parlance.[3] Ohio left for her first mission as an SSGN on 15 October 2007. The Blue crew underwent several tests and inspections before completing a mission some time in December. Ohio was also the first one of the class to complete a mission.[clarification needed]

On 28 June 2010, Ohio was one of three Ohio-class submarines involved in a US response to Chinese missile testing in the contested East China Sea. Ohio, Michigan, and Florida all surfaced simultaneously in the waters of the Philippines, South Korea, and the British Indian Ocean Territory respectively.[5][6]

In November 2011, Lt. Britta Christianson became the first woman (supply officer) to qualify for service on a US Navy submarine being assigned to Ohio’s Gold Crew. 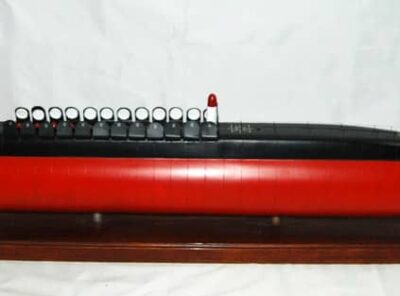 USS Ohio (SSGN-726) Submarine Model Sail again with the crew of the  USS Ohio (SSGN-726) in this handcrafted wooden submarine model. Each piece is carved from wood and handpainted to provide a piece you’ll love. Length – 69 inches USS … Read More 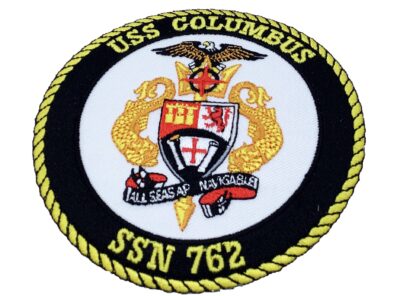 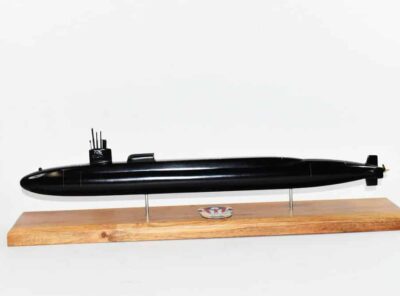 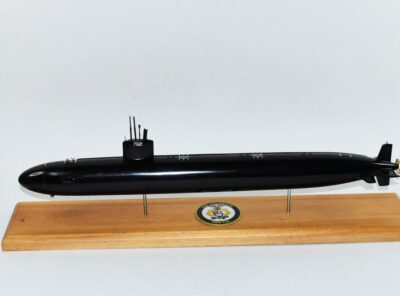 USS Columbus SSN-762 (Black Hull) Submarine Model Sail again with the crew of the USS Columbus SSN-762 in this handcrafted wooden submarine model. Each piece is carved from wood and handpainted to provide a piece you’ll love. Length – 20 … Read More