USS John Paul Jones (DDG-53) is the third Arleigh Burke-class guided missile destroyer and the first ship of the class homeported on the west coast. She is named after American Revolutionary War naval captain John Paul Jones and the second ship to be so named. She was built at Bath Iron Works in Bath, Maine. The ship is currently part of Destroyer Squadron 23, and administratively reports to Commander, Naval Surface Forces Pacific. 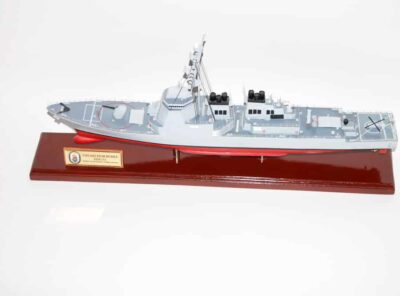 A 4″ with Plastic Backing/Sew On Squadron Patch of the USS Dewey DDG-105.