USS Hancock (CV/CVA-19) was one of 24 Essex-class aircraft carriers built during World War II for the United States Navy. The ship was the fourth US Navy ship to bear the name, and was named for John Hancock, president of the Second Continental Congress and first governor of the Commonwealth of Massachusetts.[Note 1] Hancock was commissioned in April 1944, and served in several campaigns in the Pacific Theater of Operations, earning four battle stars. Decommissioned shortly after the end of the war, she was modernized and recommissioned in the early 1950s as an attack carrier (CVA). In her second career she operated exclusively in the Pacific, playing a prominent role in the Vietnam War, for which she earned a Navy Unit Commendation. She was the first US Navy carrier to have steam catapults installed.

She was decommissioned in early 1976, and sold for scrap later that year. 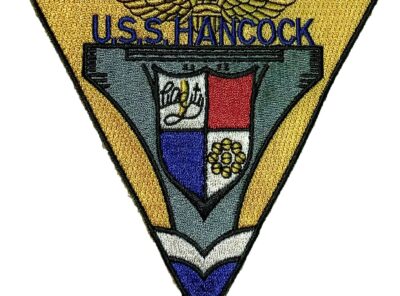 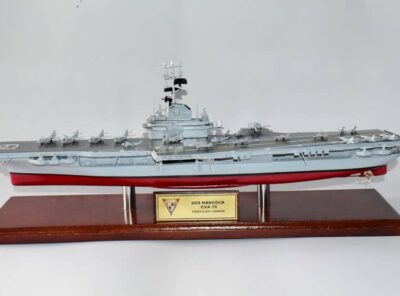