A 14 inch solid wood and meticulously carved plaque of the Strategic Air Command. We can recreate any logo and personalize as you see fit.

Strategic Air Command (SAC) was both a United States Department of Defense (DoD) Specified Command and a United States Air Force (USAF) Major Command (MAJCOM), responsible for Cold War command and control of two of the three components of the U.S. military’s strategic nuclear strike forces, the so-called “nuclear triad”, with SAC having control of land-based strategic bomber aircraft and intercontinental ballistic missiles or ICBMs (the third leg of the triad being submarine-launched ballistic missiles (SLBM) of the U.S. Navy).

SAC also operated all strategic reconnaissance aircraft, all strategic airborne command post aircraft, and all USAF aerial refueling aircraft, to include those in the Air Force Reserve (AFRES) and Air National Guard (ANG).

However, SAC did not operate the KB-50, WB-50 and WB-47 weather reconnaissance aircraft operated through the mid and late 1960s by the Air Weather Service, nor did SAC operate the HC-130 or MC-130 operations aircraft capable of aerial refueling helicopters that were assigned to Tactical Air Command (TAC), then Military Airlift Command (MAC), and from 1990 onward, those MC-130 aircraft operated by the Air Force Special Operations Command (AFSOC), or any AFRES (now Air Force Reserve Command (AFRC)) or ANG tactical aerial refueling aircraft (e.g., HC-130, MC-130) operationally gained by TAC, MAC or AFSOC.

In 1992, as part of an overall post-Cold War reorganization of the U.S. Air Force, SAC was disestablished as both a Specified Command and as a MAJCOM, and its personnel and equipment redistributed among the Air Combat Command (ACC), Air Mobility Command (AMC), Pacific Air Forces (PACAF), United States Air Forces in Europe (USAFE), and Air Education and Training Command (AETC), while SAC’s central headquarters complex at Offutt AFB, Nebraska was concurrently transferred to the newly created United States Strategic Command (USSTRATCOM), which was established as a joint Unified Combatant Command to replace SAC’s Specified Command role.

In 2009, SAC’s previous USAF MAJCOM role was reactivated and redesignated as the Air Force Global Strike Command (AFGSC), with AFGSC eventually acquiring claimancy and control of all USAF bomber aircraft and the USAF strategic ICBM force.

Be the first to review “Strategic Air Command Plaque” 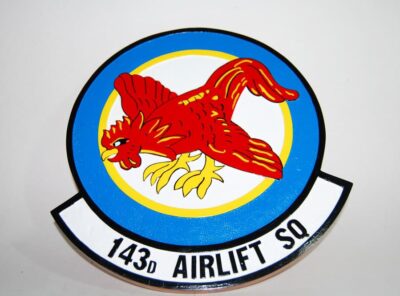 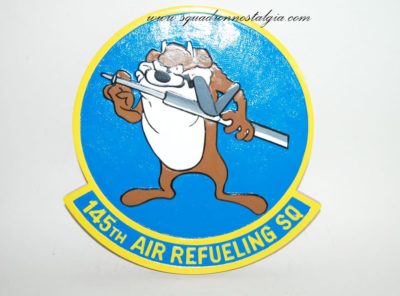 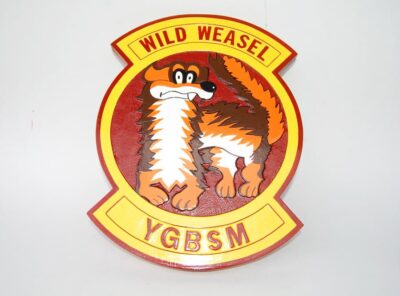