A hand crafted 14 inch plaque of the SSN-790 USS South Dakota. Each plaque is carved from Mahogany and hand painted to provide a piece you’ll love!

USS South Dakota (SSN-790), is a nuclear powered Virginia-class submarine in service with the United States Navy. The contract to build her was awarded to Huntington Ingalls Industries in partnership with the Electric Boat division of General Dynamics in Newport News, Virginia on 22 December 2008. This boat is the seventh of the Block III submarines which will feature a revised bow, including some technology from Ohio-class SSGNs. 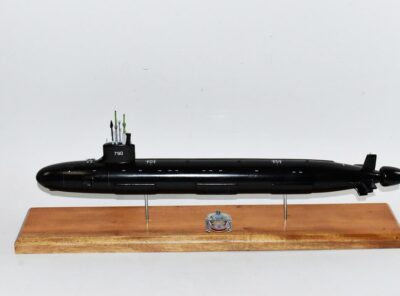 Dive with the USS South Dakota (SSN-790) Submarine Model again in this handcrafted 20-inch submarine. Each piece is carved from wood and handpainted to provide a piece you’ll love. 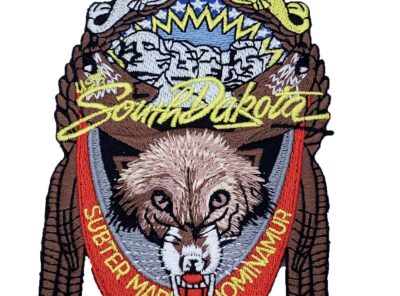