VC-5
VC-5 was first equipped with the P2V-3C Neptune before transitioning to the AJ-1 Savage in the spring of 1950 he AJ-2 Savage.[2] In late 1950, the squadron changed home stations to NAS Norfolk, Virginia, followed by subsequent moves to NAS Jacksonville, Florida in 1952 and NAAS Sanford, Florida in 1955.[3] In 1955, the squadron transitioned from the AJ-1 to the AJ-2 Savage and was subsequently redesignated as Heavy Attack Squadron FIVE (VAH-5) on 3 February 1956.

VAH-5
VAH-5 reequipped with the A3D-2 Skywarrior in late 1957, having had to wait 18 months to receive their first Skywarriors as improvements were made to NAAS Sanford, upgrading it to full naval air station status as a Master Jet Base and renaming it as NAS Sanford. VAH-5 subsequently made four Atlantic/Mediterranean (LANT/MED) carrier deployments with the Skywarrior:

Following its return from its final Western Pacific deployment in September 1976, RVAH-5 commenced the inactivation process and was finally inactivated at NAS Key West on 30 September 1977 following over 29 years of active service.

Home station assignments
The squadron was assigned to these home stations: 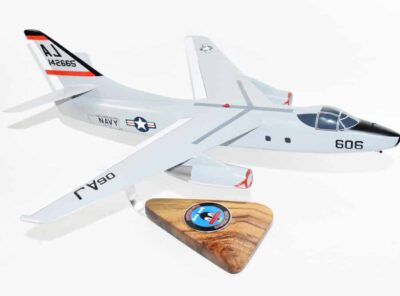 VAH-5 Savage Sons A-3D Model Fly off the USS Forrestal again with VAH-5 and the Savage Sons in this A-3D model. Each model is carefully carved from wood and hand painted to provide a unique piece of art you’ll love. … Read More 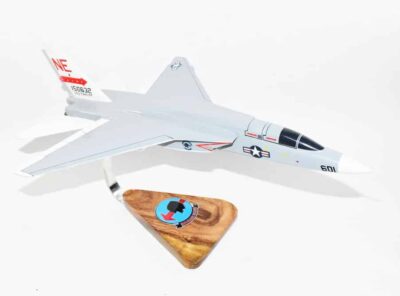 RVAH-5 Savage Sons (1974) RA-5c Fly with the RVAH-5 Savage Sons again with this 18 inch wood model that has been carefully carved and hand painted to provide a unique memory of this great squadron and jet! RVAH-5 was a … Read More