Strike First with the RAAF No.10 Squadron in this Lockheed P-2 Neptune. Each model is carefully carved and hand painted to provide a unique treasure that you’ll proudly be able to display.

Since WW2, 10SQN has operated in the maritime domain, providing a Maritime Surveillance, Anti-Submarine Warfare (ASW) and Search and Rescue capability to the RAAF. Originally flying the Short Sunderland from Pembroke Dock in Wales under RAF Coastal Command, 10SQN now operate from RAAF Edinburgh (Adelaide) under 92WG, flying the AP-3C Orion.

Immediately after forming at Point Cook, Victoria, in July 1939, No 10 Squadron aircrew and ground staff departed for England to gain experience on Sunderland flying boats before ferrying them back to Australia. After war was declared, however, the squadron remained in England on active service with RAF Coastal Command, becoming the first Dominion squadron to go into action in World War II.

Operations continued into 1942 and 1943 with occasional attacks against U-Boats and regular encounters with German fighter aircraft. As result of armament modifications by No 10 Squadron personnel – including the addition of galley hatch and wing-mounted machine guns – the Sunderlands came to be regarded as ‘flying porcupines’ by German aircrew.

In the month of February 1944, No 10 Squadron accomplished a Coastal Command record by flying over 1100 hours – this remarkable rate of effort was only achieved through the dedicated efforts of aircrew and ground staff. Anti-submarine patrols continued throughout 1944 and by the end of hostilities, No 10 Squadron had destroyed six submarines and became the only Air Force squadron to see continuous active service throughout the war.

Based at Townsville in March 1949 and equipped with Lincolns, No 10 Squadron patrolled Australia’s northern waters and much of the Pacific Ocean – a massive area, representing about one-tenth of the world’s surface. From March 1962, No 10 Squadron continued its operations with American-built Neptunes – a much more capable anti-submarine aircraft than the modified Lincolns.

After moving to Edinburgh in 1978, No 10 Squadron was re-equipped with Lockheed Orions. With the addition of the potent Harpoon missile to the Orion’s armoury, the unit’s capability now includes an anti-shipping role, and along with the Orions of No 11 Squadron, No 10 Squadron provides Australia with its maritime and anti-submarine protection.

Be the first to review “RAAF P2V7 Neptune No 10 SQD Model,Mahogany Scale Model” 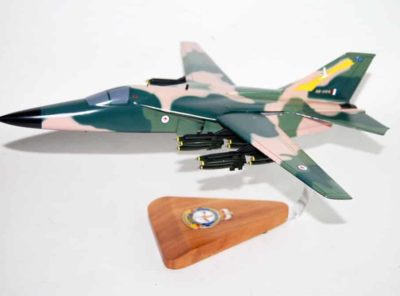 No. 1 Squadron RAAF “Fighting First” F-111 Model Fly with the No. 1 Squadron RAAF in this hand crafted F-111E Model. Each piece is carved from wood and hand painted to provide a piece you’ll love. Specifications: Length: 18 inches … Read More 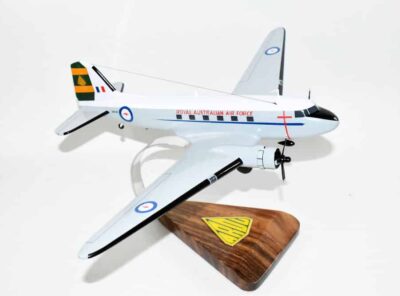 RAAF Dakota C-47 Model Fly with the RAAF in this handcraft C-47 model. Each piece is carved from wood to provide a piece you’ll love. 18 inches RAAF Dakotas began operating in February 1943 and included nine Dakota Is (A65-1/9), … Read More 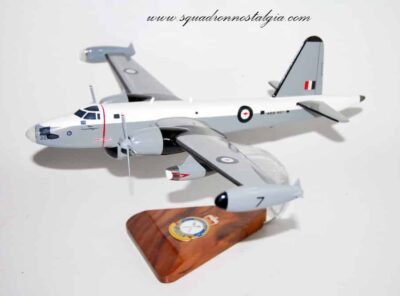 RAAF 11 Sqd P-2V5 Model Fly with the RAAF 11 SQD in this handcrafted P-2v5. Each piece is carved from wood and handpainted to provide a piece you’ll love. 16 inches No. 11 Squadron is a Royal Australian Air Force … Read More 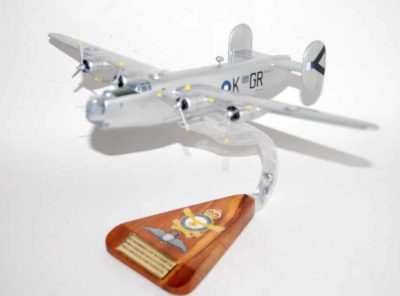 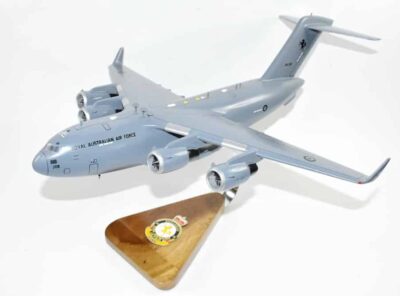 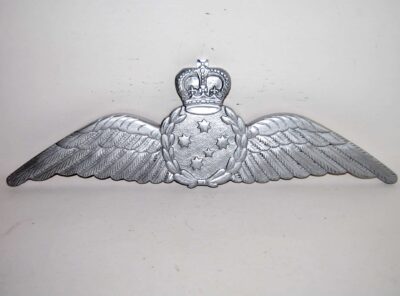 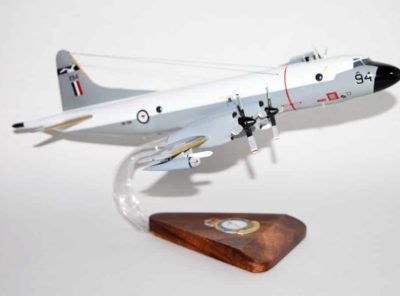 Australian P-3b (294) RAAF 11 SQD Model “Shepherd Or Destroy” with No.11 Squadron of the RAAF 294 in this P-3b. Each 18 inch model is carefully carved and hand painted to provide a unique treasure that you’ll proudly be able … Read More 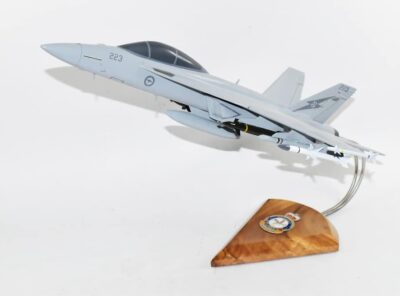