24 in stock (can be backordered)

The Naval Weapons Evaluation Facility (NWEF) was a Cold War-era organization that focused on developing and evaluating aircraft-weapon interfaces to give United States Navy planes the ability to deliver nuclear weapons. It had its origins in the United States Army Air Corps’ use of Kirtland Field in Albuquerque, New Mexico, during World War II. In 1945, units from the Los Alamos Scientific Laboratory were moved to the nearby Sandia Base to utilize the Kirtland Field flight test facilities. Kirtland Field was later renamed Kirtland Air Force Base in 1947, and the Armed Forces Special Weapons Project (AFSWP) began operating on Sandia Base. When the Air Force established the Air Force Special Weapons Command at Kirtland Air Force Base in 1949, the Navy formed a detachment to investigate the possibility of nuclear capabilities for naval aircraft and to assist the AFSWP with naval equipment demonstrations and training. This detachment, led by Commander Thomas Walker, was later known as the Naval Air Special Weapons Facility (NASWF) and was responsible for conducting special weapons tests on the White Sands Missile Range and the Tonopah Test Range in conjunction with the United States Atomic Energy Commission. In the 1950s, as other nuclear weapons delivery systems were developed, the NASWF’s mission expanded to include ballistic missiles, guided missiles, and torpedoes. In March 1961, the NASWF was reclassified as the Naval Weapons Evaluation Facility, with its mission expanding to include safety studies on nuclear weapons. The planes used for NWEF testing were adorned with a distinctive thunderbird image. The NWEF personnel, known as the Rio Grande Navy among the Albuquerque community, formed the Navy Balloon Team in 1976 as a recruiting effort, taking advantage of the popularity of the Albuquerque International Balloon Fiesta. NWEF operations at Sandia Base ended in 1993 after Base Realignment and Closure transferred the functions of the NWEF to the weapons division of the Naval Air Warfare Center. 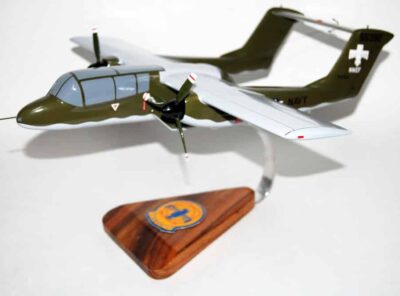 NWEF OV-10 Model Fly with the NWEF in this handcrafted OV-10 Model. Each piece is carved from wood and handpainted to provide a piece you’ll love. Naval Weapons Evaluation Facility Length – 13.5 inches 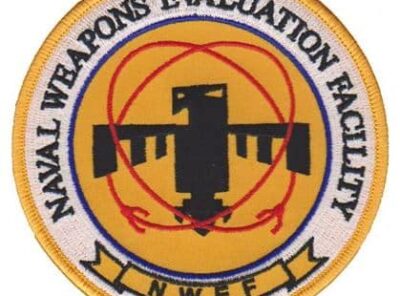