A 3.5 to 4.5 inches NAS Meridian Patch of United States Navy.

History
On July 16, 1957, the first shovel of earth was thrown, marking the beginning of the Naval Auxiliary Air Station (NAAS), which was commissioned July 19, 1961. Captain W.F. Krantz, USN received the golden key to the air station, and senior Mississippi U.S. Senator John C. Stennis was the guest speaker for the ceremony that opened the $60 million base. At that time, the operations area was named McCain Field in honor of the late Admiral John S. McCain, Sr. of Teoc, Mississippi.[1]

HH-1N Huey helicopters were formerly used by the station’s Search and Rescue personnel to provide 24-hour rescue coverage of the Eastern Mississippi/Western Alabama area. The 25-member SAR team consisted of pilots, aircrewmen and hospital corpsmen who were trained in first aid, helicopter rappelling and tree extraction. The team also assisted in a wide variety of civilian emergencies, such as searching for missing persons, assisting with aircraft and boating mishaps and occasional MEDEVAC missions.

Be the first to review “NAS Meridian Patch – Sew On” 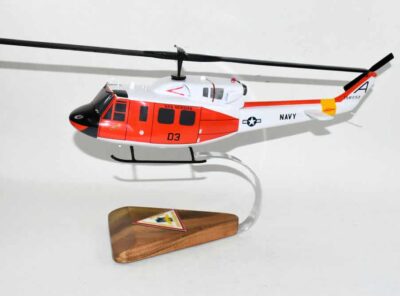 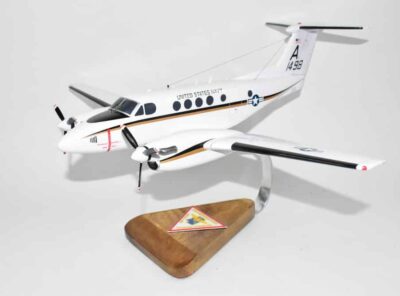 NAS Meridian UC-12b Model Fly out NAS Meridian in this UC-12b model. Each model is carefully carved from wood and hand painted to provide a piece you’ll love! On July 16, 1957, the first shovel of earth was thrown, marking … Read More