A hand crafted 14 inch plaque of the NAS Keflivak Plaque. Each plaque is carved from Mahogany and handpainted to provide a piece you’ll love!

Naval Air Station Keflavik (NASKEF) was a U.S. Navy station at Keflavík International Airport, Iceland, located on the Reykjanes peninsula on the south-west portion of the island. NASKEF was closed on 8 September 2006, and its facilities were taken over by the Icelandic Defence Agency as their primary base until 1 January 2011, when the Agency was abolished and the base handed over to the Icelandic Coast Guard, which has since then operated the base.

The base was built during World War II by the United States Army as part of its mission to maintain the defense of Iceland and secure northern Atlantic air routes. It served to ferry personnel, equipment, and supplies to Europe. Intended as a temporary wartime base under an agreement with Iceland and the British, US forces withdrew by 1947 but returned in 1951 as the Iceland Defense Force resident on a North Atlantic Treaty Organization (NATO) base. The base was regularly visited by the American military and other NATO allies for military exercises, NATO Air Policing, and other tasks. In 2017, the United States announced its intention to modify the largest hangar on the Icelandic base in order to house the new Boeing P-8 Poseidon ASW aircraft being introduced.

Be the first to review “NAS Keflivak Plaque” 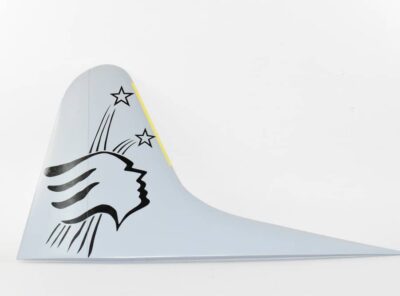