This is a 7.62W x 7.62H cm(as 3.”) with Plastic Backing squadron patch of the Military Air Transport Command.

Air Transport Command (ATC) was a United States Air Force unit that was created during World War II as the strategic airlift component of the United States Army Air Forces.

It had two main missions, the first being the delivery of supplies and equipment between the United States and the overseas combat theaters; the second was the ferrying of aircraft from the manufacturing plants in the United States to where they were needed for training or for operational use in combat. ATC also operated a worldwide air transportation system for military personnel.

Inactivated on 1 June 1948, Air Transport Command was the precursor to what became the Military Air Transport Service in 1948 and was redesignated Military Airlift Command (MAC) in 1966. It was consolidated with MAC in 1982, providing a continuous history of long range airlift through 1992 when the mission was transferred to today’s Air Mobility Command.

History
By no means least among the achievements of the Army Air Forces (AAF) in World War II was its development of a worldwide system of air transport. The development of transport aircraft in the 1920s and 1930s added a new dimension to the art of warfare, and around its varied capacities the AAF built an air transportation system such as had never before been envisaged. That system, and its functions, soon became synonymous with the organization which controlled it, the Air Transport Command.

Origins
ATC’s origins begin during World War I with the need to transport aircraft supplies and materiel from the aircraft manufacturers to the maintenance facilities supporting the training bases in the United States. Railroads were used to move the equipment and aircraft from one base to another and to the Ports of Embarkation along the East Coast for subsequent sea shipment to the battlefields of France.[2]

It wasn’t until the 1920s that the development of cargo and personnel transport aircraft began with aircraft such as the Boeing Model 40. From 1926 until 1942, the Air Corps’ logistical responsibilities were vested in the Office of the Chief of the Air Corps Materiel Division, with headquarters at Wright Field, Ohio and with four major depots (at Sacramento, California; San Antonio, Texas; Fairfield, Ohio; and Middletown, Pennsylvania) distributed over the United States. In the early 1930s, the Air Corps began formally experimenting with the systematic use of air transport for the distribution of aviation supplies. The Materiel Division in 1932 established a provisional 1st Air Transport Group with four transport squadrons, each of them equipped with Bellanca Aircruisers and Douglas DC-2s, intended to serve one of the four major air depots in the distribution of spare parts to Army airbases. The group, redesignated the 10th Transport Group in 1937, also transported supplies from one depot to another. 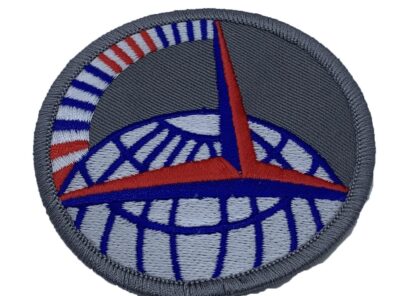