The station is 2 miles (1.7 nmi; 3.2 km) from the city of Yuma, Arizona. A joint use civilian-military airport, MCAS Yuma shares airfield facilities with Yuma International Airport and occupies approximately 3,000 acres (1,200 ha), most of which is flat desert.

History
Air Force use
In 1928, the federal government purchased 640 acres (260 ha) near Yuma at the recommendation of Colonel Benjamin F. Fly. Temporary dirt runways were installed for usage by military and civilian planes. It was called Fly Field.

The outbreak of World War II transformed the civilian airport into the Yuma Army Airfield. Construction of facilities began on 1 June 1942 and was activated on 15 December

The base was closed on 1 November 1945. After the war, the airfield was turned over to the Department of the Interior as a headquarters for the Bureau of Land Reclamation.

On 1 January 1954, Yuma County Airport was reactivated by the United States Air Force Air Defense Command (ADC) as a training facility. In the mid-1950s, ADC was equipped almost solely with rocket-firing F-86D Sabre and F-89C Scorpion interceptors, and Headquarters USAF decided they should have their own training base.

The first ADC squadron arrived at Yuma for the Rocketry Proficiency Program on 1 February 1954. ADC squadrons rotated through Yuma on a regular basis for a two-week proficiency program that included ‘live-fire’ exercises over the Williams AFB and Luke AFB gunnery ranges.

The two-week course included a controller course, many hours in the F-86D simulator and at least one ‘live fire’ mission flown each day. The targets, usually towed behind B-45A tow ships, were 9’x45′ target sleeves, with two radar reflectors attached for the interceptor fire control systems to lock onto. Most of the TDY personnel were quartered in tents near the flight line, at least until April 1954 when the first permanent barracks buildings were finished and air conditioned. By June, seven ADC units had rotated through the Yuma program.

Several changes occurred during the last half of 1954. On 24 August, Yuma County Airport was redesignated Yuma Air Force Base. On 1 September, the 4750th Training Wing became the 4750th Air Defense Wing (Weapons). The 4750th Group and squadrons were also redesignated. And on 8 January 1955, the 4750th Tow Target Squadron became the 17th TTS. Between July 1954 and the end of the year, ADC rotated eleven more squadrons through the Yuma program – nine in F-86Ds, and one each in F-94Cs and F-89Ds.

On 1 January 1956, the 4750th Drone Squadron was established as part of the 4750th ADW (Weapons). They were equipped with the brand new Ryan Q-2A Firebee drone, which was launched from GB-26C Invader aircraft. Although the drones were in place by Spring, the first GB-26Cs did not arrive until June, and the first Firebee flight took place in July. The Q-2A Firebees were recovered by H-21 helicopters after landing on the desert floor.

Yuma AFB was renamed on 13 October 1956 as Vincent Air Force Base, the installation was named for Brigadier General Clinton D. “Casey” Vincent, one of Major General Claire Chennault’s top fighter leaders in the China-Burma Theater and the second youngest General Officer in U.S. Air Force history, receiving his star at the age of 29. Vincent was the subject of a TIME magazine article titled “Up Youth”,[2] which covered the meteoric promotions of the Army and Air Force. Vincent was also an inspiration for the main character in the comic strip Terry and the Pirates. Vincent died of a heart attack in 1955 at the age of 40 while serving as the Deputy Chief of Staff for Operations, Air Defense Command (ADC) at Ent AFB, Colorado.[3]

In addition to the fighter units, Vincent AFB was used by Air Defense Command as a general surveillance radar station. The 864th Aircraft Control and Warning Squadron began operations in 1956 using AN/MPS-7 and AN/MPS-14 radars, the site being designated as “SM-162”.

Be the first to review “MCAS Yuma Patch – Plastic Backing” 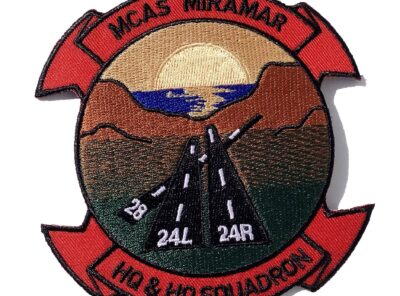 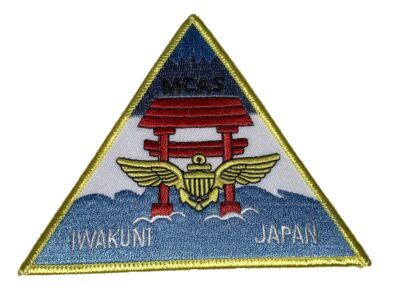 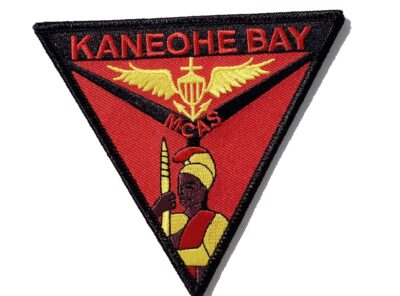