The base was originally 29 parcels of land, a simple stretch of tobacco farm that was purchased for $64,502 in 1941. Officials at Camp Lejeune investigated the area in search of an existing airfield for hosting aircraft in support of amphibious operations. Capt. Barnett Robinson, a member of Marine Glider Group 71, concluded in his search that the farmland would suit the Marine Corps’ needs. The Air Station was the first Marine Corps base with the new MV-22 Opsrey. It has the ability to fly like a plane, and take off and land like a helicopter. The MV-22 has replaced all of the CH-46E Sea Knights on the east coast. Currently there are six operational Osprey squadrons.

Be the first to review “MCAS New River PVC patch – Hook and Loop, 4″” 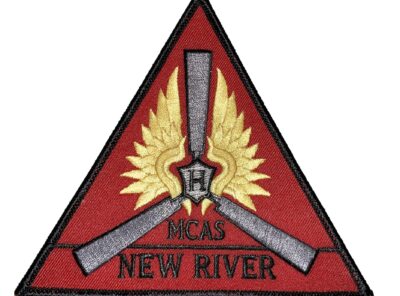