Add a powerful symbol in your goat locker of your time with HSM-73 Battle Cats in this beautiful 14 inch solid wood plaque.

HSM-73’s primary mission is to conduct sea control operations in open ocean and littoral environments as an integral part of a Carrier Air Wing with a core on board the CVN and MH-60R detachments on board surface combatants. The MH-60R is the Navy’s new primary maritime dominance helicopter, replacing the SH-60B and SH-60F aircraft. Greatly enhanced over its predecessors, the MH-60R helicopter features a glass cockpit and significant mission system improvements, which give it unmatched capability as an airborne multi-mission naval platform. 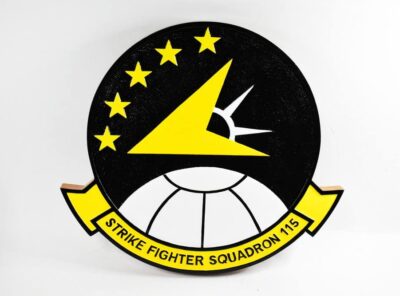