Titans, tail code NW, HSL-94 was one of the last US Navy squadrons to fly the Seasprite ferrying their last SH-2G to AMARC Davis Monthan, Arizona in December 2000. The squadron officially stood down in March of 2001 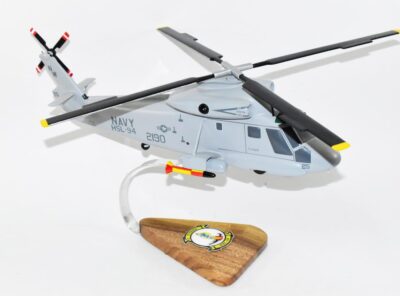 Fly with the HSL-94 Titans Low Viz in this hand crafted SH-2F Model. Each model is carved from wood and hand painted to provide a unique piece that will always be treasured.