HSL- 46 / HSM- 46 Squadron Patches
History of HSL- 46 / HSM-46 Grandmasters
Since its establishment in 1988 as Helicopter Anti-Submarine Squadron Light (HSL) 46, when its crews flew the venerable SH-60B Seahawk helicopter, the Grandmasters remain the longest standing Expeditionary HSM squadron on the East Coast. In 2012, the squadron was re-designated HSM-46 when it transitioned to the state-of-the-art MH-60R Seahawk. HSM-46 currently deploys up to six detachments aboard Atlantic Fleet ships in support of Combatant Commander requirements around the world.

Helicopters have been a vital part our US Naval forces. With the introduction of helicopters the 101st Airborne division started deploying into battle mainly from helicopters as opposed to airplanes. An the helicopter patches are a representation of HSL-46 / HSM -46 squadron missions and deployments. 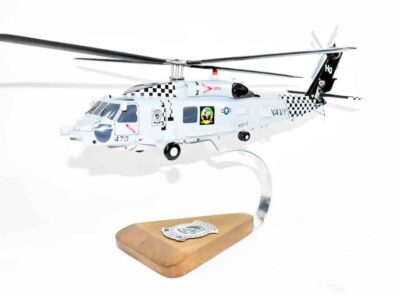 HSM-46 Grandmasters MH-60R Fly again with the HSM-46 Grandmasters in this MH-60R carved from Mahogany and carefully painted to provide a treasured piece of art for your family, office and goat locker. 16 inches The “GRANDMASTERS” The mission of HSM-46 … Read More 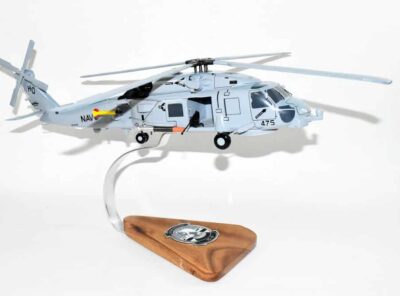 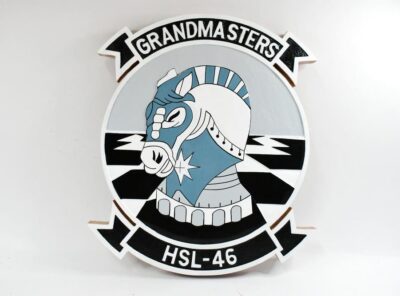 HSL-46 Grandmasters Plaque Proudly display this 14 inch wood plaque of the HSL-46 Grandmasters in the goat locker!  Each piece is carefully carved to give you a piece of artisan beauty that is true craftsmanship!   The “GRANDMASTERS” The mission … Read More 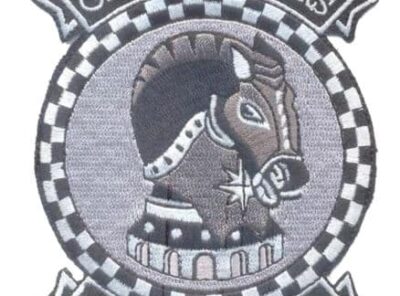