A 14 inch solid wood and meticulously carved plaque of the HS-10 Warhawks. We can recreate any logo and personalize as you see fit.

HS-10’s mission was to indoctrinate and train pilots, aircrew, and maintenance personnel in carrier based rotary-wing anti-submarine warfare (ASW) aircraft. Since its establishment, the squadron trained more than 2,000 pilot, 2,000 aircrew, and 6,450 maintenance personnel in the operation, tactics, and maintenance of Sikorsky SH-3 “Sea King” helicopters. HS-10 closed its chapter on the SH-3H helicopter with more than 70,000 mishap-free flight hours when the last students completed in June 1989. The squadron immediately began operations with the Navy’s newest aircraft, the Sikorsky SH-60F “Seahawk,” a derivative of the successful Army UH-60 “Blackhawk.”

On 1 October 1989, HS-10 assumed the challenge of being the first SH-60F Fleet Replacement Squadron. In 1990, the long-standing squadron nickname of “Taskmasters” was replaced with “Warhawks,” illustrating the renewed commitment to training the best and brightest for battle in the newest of “Hawks.” HS-10 transitioned eight entire fleet HS squadrons in addition to the normal replacement pilot/aircrew load. Additionally, the Warhawks provided training for Navy Helicopter Combat Squadrons (HCS), U.S. Coast Guard personnel in their initial transition to the HH-60J “Jayhawks,” and pilots from Germany’s Naval Air Arm.

In addition to providing training support for numerous organizations, HS-10 had a secondary role of Search and Rescue. In its 38-year history, HS-10 successfully completed more than 100 rescues of both civilian and military personnel along the coast of Southern California.

Tactics development and evaluation was a natural role for HS-10, as most of the permanently assigned personnel had significant fleet experience in the ASW and Combat Search and Rescue (CSAR) mission areas. This expertise was instrumental in the development of SH-60F training plans and tactical procedures for the fleet’s operational carrier battle groups.

As the armed forces experience a period of downsizing, the capability to effectively operate in the “joint” and “combined” arenas was even more critical. To this end, HS-10 forged ahead with exchange instructor pilots from the U.S. Air Force, Canada, Australia, and Germany.

Be the first to review “HS-10 Warhawks Plaque” 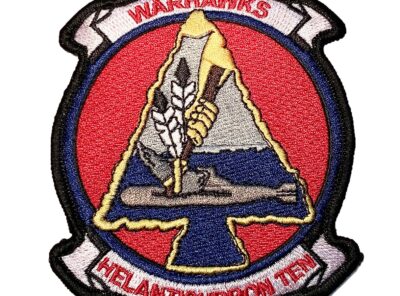 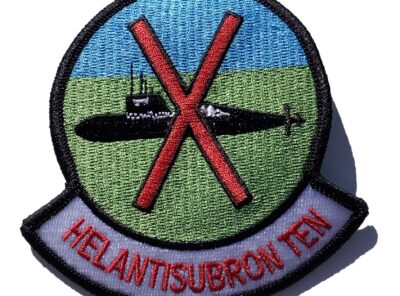 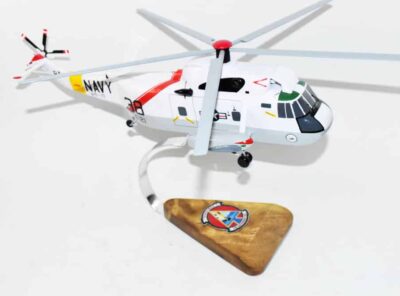 HS-10 Warhawks SH-3 Model Fly with the HS-10 Warhawks in this hand crafted SH-3 Model. Each model is carved from wood and hand painted to provide a unique piece that will always be treasured. Length- 16 inches Helicopter Anti-Submarine Squadron … Read More