Mission
Provide utility combat helicopter support to the landing force in the ship to shore movement and in subsequent operations ashore.

History
Early years
Marine Medium Helicopter Squadron 364 was originally commissioned as Marine Light Helicopter Squadron 364 (HML-364) on September 1, 1961 at Marine Corps Air Facility Santa Ana, California. In November 1961, it received its first Sikorsky H-34 helicopter and in February 1962, the designation of the squadron was changed to its present title.

In the spring of 1962, the squadron participated in Mid-Pacific operations to assist in recovering instruments that had been used in the atomic test program.

Vietnam War
In November 1963, the squadron deployed to Okinawa and subsequently to Da Nang Air Base, Republic of Vietnam. The squadron served in Vietnam until July 1964.

Eight months later the squadron was back in South Vietnam, this time conducting operations, including operations with the Special Landing Force of the Seventh Fleet. HMM-364 remained in Vietnam until September 1966.

The squadron was then placed in cadre status at Marine Corps Air Station El Toro, California and consisted of three officers and 12 enlisted Marines. In March 1967, the squadron was reorganized and began receiving the new Boeing CH-46 Sea Knight helicopters. In October of that year, HMM-364 re-deployed to the Republic of Vietnam, initially at Phu Bai and eventually at Marble Mountain. During this tour HMM-364 participated in operations Osceola, Kentucky, Mameluke Thrust, and Hue City and finally in Operation Frequent Wind, the evacuation of Saigon. For almost half of its short 10-year existence, HMM-364 served in the Republic of Vietnam. During its three tours there, the squadron’s pilots and crewmen flew almost 70,000 hours in combat and combat support missions and the squadron was awarded the Presidential Unit Citation for meritorious conduct in the performance of duty.

During this time period the squadron adopted the “Purple Fox” name from a cartoon purple fox mascot called Swifty. On March 22, 1971, the squadron folded its colors and was decommissioned.

In February 1990, the Purple Foxes deployed to Okinawa, Japan. From August 1990 to March 1991, HMM-364 was placed in reserve during Operation Desert Shield and Operation Desert Storm becoming the sole supporting squadron for 1st Marine Expeditionary Brigade.

In June 1991, the Purple Foxes once again deployed to Okinawa. During the deployment, the squadron supported Marine Air Ground Task Force 4-90 in the Republic of the Philippines before, during and after the eruption of Mount Pinatubo and resulting devastation. Continuing into 1992, the Purple Foxes would find themselves on the island Kauai, for Operation Garden Isle, performing humanitarian relief due to the devastation left by Hurricane Iniki.

In February 1996, the Purple Foxes provided executive transport for President Clinton and other dignitaries while they toured flood damaged Portland, Oregon. This marked the first time in history that a U.S. President had flown in a Fleet Marine Force helicopter.

On December 5, 1998, the squadron embarked aboard the USS Boxer (LHD-4) participating in Operation Southern Watch and various split-ARG operations off the Horn of Africa.

Global War on Terror
In 2003, HMM-364 was tasked with preparing for a possible deployment to Kuwait in support of the 1st Marine Expeditionary Force and Operation Iraqi Freedom.

By the end of February, the squadron was off loaded, and all twelve CH-46E helicopters flown to Ali Al Salem Air Base. In conjunction with MAG-39 and its augments, HMM-364 began mission planning and rehearsals for combat operations against Iraq.

Operation Iraqi Freedom commenced on the evening of March 20, 2003, following preliminary strikes by coalition forces and Ground to Ground Missile attacks by Iraqi forces on Ali Al Salem Air Base. HMM-364 was involved from the first night, supporting attacks by the 1st Marine Division’s Regimental Combat Team 7, as well as the Royal Marines’s 42 Commando. Squadron aircrews conducted Casualty Evacuation (CASEVAC) missions in direct support of RCT-7 Headquarters for the duration of the war, traveling with the 1st Marine Division from Basra to downtown Baghdad. HMM-364 aircraft also flew Logistical Support throughout the theater, flying over 640 hours in combat and direct combat support per month for both March and April.

With the end of combat operations in Iraq on April 17, HMM-364 continued to fly CASEVAC and Logistical Support for the Marine Corps humanitarian aid work underway on the behalf of the Iraqi people. HMM-364 returned to MCB Camp Pendleton in October 2003. During this deployment, one of the squadron’s aircraft was lost during a resupply mission crashing into a canal. All four aircrew were lost and one Marine not affiliated with the squadron drowned in an attempted rescue.

The squadron deployed again to Iraq in the early months of 2005. Their third deployment to Iraq came in the summer of 2006 and they returned home in early 2007. During this deployment one of the squadron’s aircraft was shot down during a CASEVAC mission resulting in the death of four squadron members, a Marine from another unit and two navy corpsmen.

The squadron’s fourth deployment to Iraq occurred from early spring of 2008 until the fall of the same year.

The squadron’s fifth and final deployment to Iraq came in late 2009. They returned safety in early 2010 having successfully completed their mission. 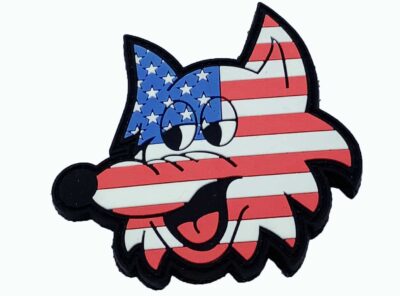 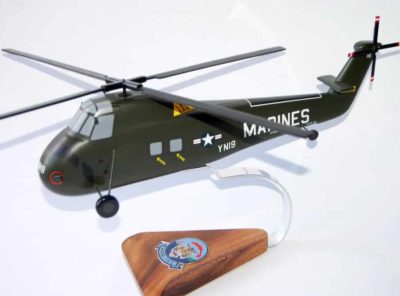 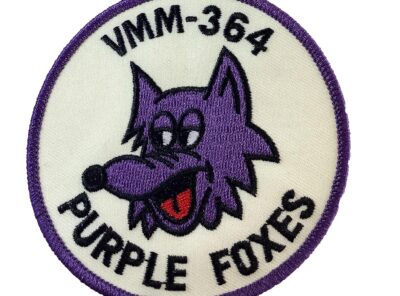 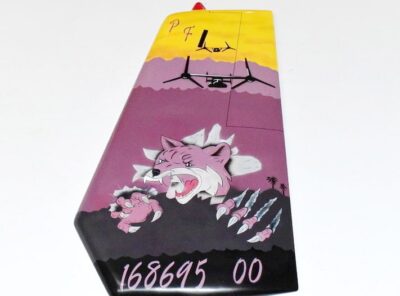 A hand crafted 20 inch Tailflash plaque of the VMM-364 Purple Foxes Showbird MV-22. Each piece is carved from Mahogany and handpainted to provide a piece you’ll love! 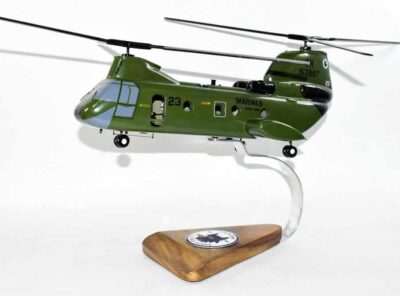 HMM-364 Purple Foxes CH-46 (153987) Model Fly with the Purple Foxes of HMM-364 in this handcrafted CH-46 Phrog model. Each model is carved from wood and hand painted to provide a unique piece that will always be treasured. 16 inches … Read More 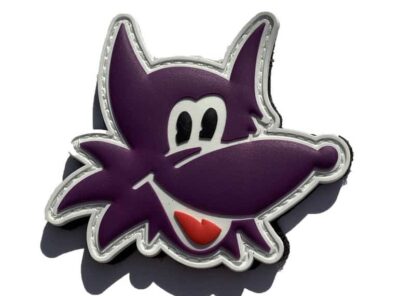 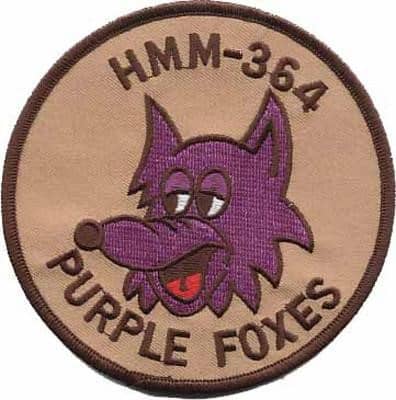 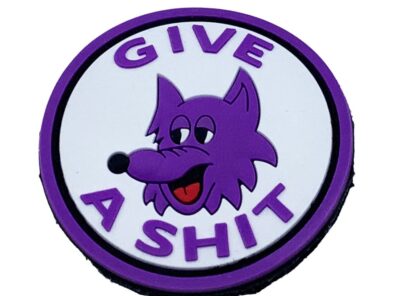