The squadron was again redesignated on February 1, 1962 as Marine Medium Helicopter Squadron 362 (HMM-362). HMM-362 originally flew the Sikorsky UH-34 as a medium lift capable platform and the squadron holds the proud distinction of being the first Marine aircraft unit to deploy to the Republic of Vietnam. Supporting Operation SHUFLY and subsequent missions, the squadrons first deployment to Vietnam lasted from April 1962 to July 1962. In 1962, HMM-362 was commanded by Lieutenant Colonel Archie Clapp and the squadron earned the nickname “Archie’s Angels.” It was that nickname that evolved to become the Squadron’s subsequent call sign, the “Ugly Angels.”

On July 31, 1962, HMM-362 returned to Santa Ana, and on October 3, 1962, was designated as the West Coast Helicopter Transition Squadron with the mission of transitioning fixed-wing Marine pilots, with no previous helicopter training, into rotary-winged trained pilots. The squadron continued in this function until July 1, 1964, when it again reverted to operational status.

During its second deployment to Vietnam, from September 1965 until August 1969, the Ugly Angels deployed to Soc Trang, Ky Ha, Hue/Phu Bai, and Marble Mountain. HMM-362 additionally served as the Landing Force Squadron on board the USS VALLEY FORGE, USS PRINCETON, USS OKINAWA and USS IWO JIMA. During this time, HMM-362 participated in many notable operations including NAPOLEAN/SALINE, DECKHOUSE, LANCASTER, DOUBLE EAGLE and SCOTLAND. HMM-362 lost a total of thirty-three Marines during these years supporting combat operations in the Republic of Vietnam.

The Ugly Angels returned to combat again from January to March 1991 participating in Operations DESERT SHIELD and DESERT STORM, marking the squadron’s first introduction to combat action in the Middle East.

The Squadron also participated in Operations DENY FLIGHT, PROVIDE PROMISE, and SHARP GUARD in Bosnia from May to August of 1993, Operations SOUTHERN WATCH in the Arabian Gulf from June to July 1994, and Operation UPHOLD DEMOCRACY in Haiti from July to October 1994.
In July 1995, HMH-362 was reassigned to 1st Marine Aircraft Wing, Marine Aircraft Group 24 (MAG-24) in Kaneohe Bay, Hawaii.
The Ugly Angels spent much of the early 2000s in Japan, conducting multiple Unit Deployment Program (UDP) rotations in support of several 31st Marine Expeditionary Unit (31st MEU) Patrols throughout the Pacific region.
HMH-362’s first major operation since Desert Shield and Desert Storm occurred from April 2007 to October 2007, when the squadron deployed to Iraq in support of Operation IRAQI FREEDOM. Additionally, HMH-362 deployed to Iraq a second time on January 23, 2009, however early into the deployment on April 15, 2009, the unit was retasked and relocated to Kandahar, Afghanistan to support Operation ENDURING FREEDOM. The squadron would complete the Iraq-Afghanistan deployment on August 18, 2009, before returning back to Hawaii.

The Ugly Angels subsequently deployed two more times in support of Operation ENDURING FREEDOM deploying to Camp Bastion, Afghanistan September to March 2011, and from March to September 2012. Notably, for their final deployment to Afghanistan, the Ugly Angels were the last squadron to operate the CH-53D in combat. On November 30, 2012, HMH-362 was deactivated and the CH-53D retired from service within the Marine Corps.

On 17 August, 2018, HMH-362 was re-activated and re-designated as “Marine Medium Tiltrotor Squadron 362” (VMM-362) under the 3rd Marine Aircraft Wing, Marine Aircraft Group 16, in Miramar California, where they operate the MV-22B Osprey. 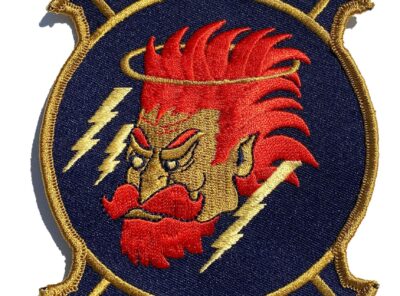 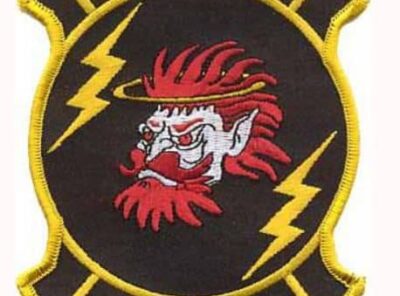 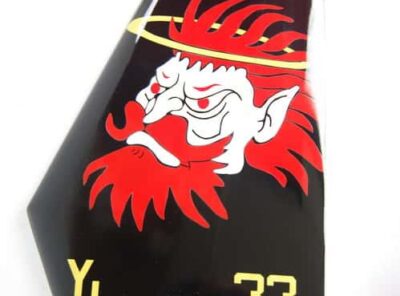 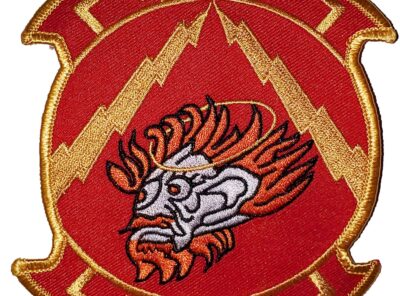 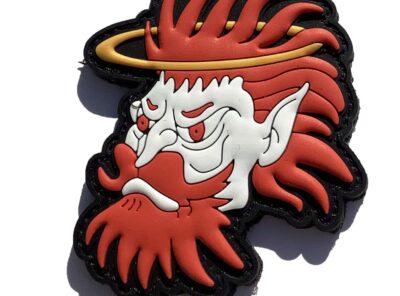 3″ PVC patch of the Olaf of VMM/HMM-362 Ugly Angels with Hook and Loop HISTORY The squadron, known as the “Ugly Angels,” was activated on April 30, 1952 as a Marine Helicopter Transport Squadron at Marine Corps Air Station Santa … Read More 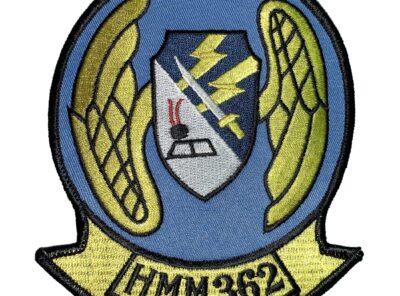 HMM-362 Squadron Patch – Sew On A 4.5 inch squadron patch of the HMM-362 Ugly Angels HISTORY The squadron, known as the “Ugly Angels,” was activated on April 30, 1952 as a Marine Helicopter Transport Squadron at Marine Corps Air … Read More 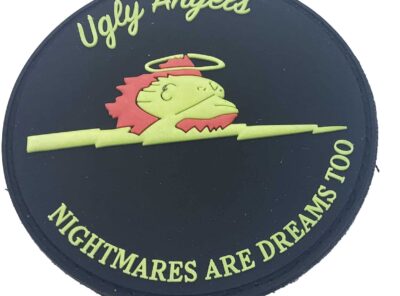 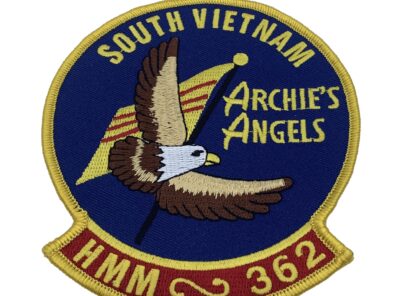